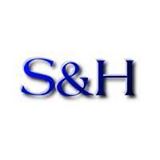 When Pinchas Zukerman burst on the scene just before 1970, an Israeli violinist with a wonderfully warm tone and supreme technical wizardry, there was tremendous excitement in world musical circles.  This is still recreated for me every time he picks up the instrument.  He has of course since established himself as a world class conductor, leading the National Arts Center Orchestra (Ottawa) for almost 15 years, as well as being Principal Guest Conductor of the Royal Philharmonic Orchestra.  And conducting takes a predominant amount of his time.

Particularly when the artist plays Beethoven and Brahms sonatas, I am always taken back to a story that makes the violinist’s original London days very vivid for me.  In the early 1990’s, I had rented a half house in Hampstead and, upon meeting the elderly owner, commented on how lovely and quiet the neighborhood was.  She remarked: ‘Now, yes.  But before, pointing her finger a few houses down Hollycroft Road to a home originally belonging to one Mrs. Aronowitz, it was so noisy.  Musicians would gather there day and night, always playing music – for years.  I remember a few of them; there was a handsome fellow named Zukerman, another one named Barenboim, and they had their wives there too, and countless others.  They called this residence their Kosher Nostra.’  This was of course was exactly when Zukerman and pianist Daniel Barenboim first recorded the complete Beethoven and Brahms violin sonatas, and collaborated with the latter’s wife, Jacqueline du Pre, in all the Beethoven piano trios. It was truly a time of adventure and discovery for these young artists. The then-owner of the house was in fact celebrated violist Cecil Aronowitz, who predeceased his wife by considerable years.

Well, those days are far behind us but witnessing the evident delight and comradery of Zukerman and pianist Yefim Bronfman at this concert did take me back to the spirit of those days.  Both of course are remarkably mature musicians, having had the most wide-ranging and celebrated careers, but to see the relaxed and assured way they combined to produce the highest level of performance was special indeed.  They have been ‘family’ for over forty years.  The intimacy in the opening movement of Schubert’s Sonatina indeed almost suggested music making in the home, the joy of the two musical friends trading personal secrets in a completely trusting and selfless manner.  But of course there was artistry aplenty, with cunning awareness of motion, texture and balance.  As with his Beethoven concertos that we saw a few months ago, Bronfman only selectively moves to strong dramatic force, typically using phrase shape and subtle dynamic pointing to give the music its line. This in turn gave Zukerman plenty of room for quiet, yielding playing, himself moving to a dramatic posture only when called for.  In the following Andante, the music seemingly just unfolded, with remarkable patience, the violinist expanding into long sweet lines. The Minuet had just the right ‘perkiness’ and both this and the last movement really highlighted the ‘question and answer’ in the music, as well as the sheer beauty that still is present in Zukerman’s tone.

The Beethoven Violin Sonata No. 8 is a much stronger worker, and by the end of the first movement, the artists really showed this, letting much more out with greater dynamic extremes.  Earlier, I was quite taken with how Bronfman could move the music forward with so much ease and insight; seemingly doing so little but achieving so much.  The following Adagio was wonderfully intimate, with superb control of texture and motion, the Scherzo was rhythmically enchanting, with remarkable pianistic control, while the strong finale offered a clinic on how to coordinate dynamic contrasts to telling effect.

Zukerman switched instruments for the Brahms Viola Sonata, Op. 120, No. 1, and certainly reminded us that he can play the viola with almost the same flexibility as the violin.  Again the performers perfectly judged this composer’s weight, Bronfman being stronger and more demonstrative at many points.  I thought the wistful, autumnal character of the opening movement was portrayed really well, just occasionally hinting at the feelings of a ‘recollection in tranquility’.  Zukerman’s burnished expressive tone was just right.  By all standards, the following Andante was simply stunning in its emotional reach, heartfelt, loving, with truly gorgeous playing.  This wonderful stream of communication then carried on, the work being taken home with all the Brahmsian flow and warmth that one could ask for.

An absolutely splendid concert, capped off by a little Mozart sonata encore at the end.