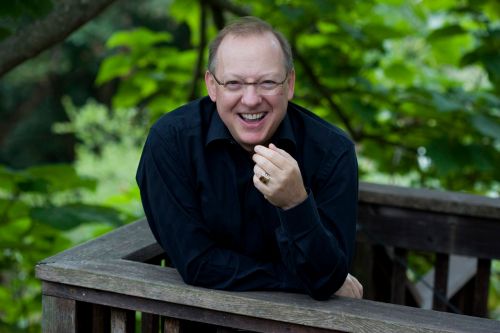 It seems every Handel opera is made up of  two “stories.” The first story is, of course, from the libretto. The second “story” whether apocryphal or not, is the one that often surrounds the opera’s creation and production. Some examples: in preparation for his opera Ottone, Handel, so the story goes, was faced with a diva who refused to sing one of his arias. Handel is said to have grabbed her by the waist, threatening her with defenestration. Another “story” involves the premier of the poorly attended Theodora due to an earthquake that shook London a few days before the opera’s opening. It drove a good number of likely audience members, those who could afford to, out of London. They returned but only after three performances. The opera was never again to be revived in Handel’s lifetime. Other stories involve machinations with theater managers, impresarios and prima donna castrati such as Senesino and Farinelli .

The second “story” of  Teseo involves stolen theater revenues. Handel had successfully sold out all the tickets for its opening two nights only to find that the theater manager had absconded to the continent with all the box office receipts. The company decided to continue the run but never recouped income from those two performances. This may not seem a major financial loss for all involved; but when an opera was considered a success if it played a mere dozen times, as is the case of Teseo, it was a substantial loss of revenue.

As for the “real story”, the libretto is not one of Handel’s best. Not that anyone would ever compare any Handel libretto to Shakespeare, but in the great Handel opere serie such as Giulio Cesare, Orlando, and Hercules, the composer and librettist found the right formula in creating characters with some depth of personality. Here the characters are thinly drawn, the plot stretched  beyond what is necessary, a plot that borders on bombast. For most Baroque operas, or any opera for that matter, suspending disbelief is necessary to attach our eyes to the stage and our ears to the music. But here there are plot lines that have so little logic that even suspending disbelief is difficult to do.

Teseo’s libretto suffers more than most operas from multiple iterations of deus ex machina: instantly negating all that went before. First there is the sudden reversal of Medea’s previously uncontrollable rage: from a fire-breathing termagant wreaking Hell on Agilea and Teseo one moment, to a bearer of good-tidings and reconciler the next: this  is too broad not to find humorous. Even the peripatetic Charles Burney, Handel’s friend,  music scholar and admirer of Handel’s music commented that  the  opera’s  dénouement merrily skips along, a happy ending regardless of what came before. One of the main  sources for the  libretto of Handel’s Teseo, Lully’s Thésée,  makes it clear that Medea’s quick reversal was a strategy to allow her to come up with some other form of revenge and not a change of heart.

The second impossible-to-believe incident is the magical appearance of Minerva who  sends Medea away and wishes the couples a happy future. This conceit mirrored the conclusion of Lully’s Thésée

The last half hour is a half hour too long to support the thin plot. If we weren’t to lose the fifth act aria, “Morirò, mà vendicata,” beautifully rendered by Dominique Labelle, the  opera could have ended with the first improbable conclusion of Act IV. The fact that this is the only Handel opera with five acts and the fifth is the weakest in the production, I could only think that Handel was trying to make a connection to Lully’s Thésée, also written in five acts.

There was  a questionable decision to go comic as a way of solving the weak plot problem. This is after all a “serious opera.” This switch from seria to buffo occurs with the entrance of the loafish King Aegeo played by Drew Minter and continues on and off through the rest of the production. I’m not sure I minded. For one it validated the over-the-top yet convincing performance by Ms. Labelle and  smoothed the way to the happy ending.

Vocally and instrumentally there was barely a missed beat. Teseo has been a favorite of  McGegan who first performed it in 1985. It’ s hard to believe that Drew Minter, the King, was a member of the original production. Other members of the group have kept the cast nearly  intact over the years making it a paradigm for their dedication and respect to the leadership and accomplishments of Nicholas McGegan.

The instrumentalists were on-stage at this performance in the pit-less Alice Tully Hall, forming an offbeat semi-circle around the conductor. McGegan, as usual, danced his way through the music occasionally playing the harpsichord. The singing and acting was almost uniformly good. Drew Minter had some difficulties in the middle and low ranges.  Robin Blaze started off a little weak, but came into his own, doing a superb job in the  duet with Céline Ricci, “Unito a un puro afetto” and the solo aria “Più non cercà liberta.” The ever-reliable Amanda Forsythe was in top form as were both Amy Freston and Céline Ricci. In the aria, “M’adora l’idol mio” even the one or two slips on the part of the oboist Mark Schachman did not take away from this amazing display of voice and instrument. Amanda Forsythe doubling the solo oboe’s long runs of 16th notes played at a truly demanding speed. The great Baroque soprano, Dominique  Labelle, acted and sang  the role of the termagant Medea for all its worth, not missing for a second any chance the libretto offered her to spew her venom.

The venerable Philharmonia Baroque Orchestra was well balanced and the solo obligatto instrumentalists breezed through Teseo‘s difficulties while giving the audience a reason to focus on some of Handel’s most appealing music.