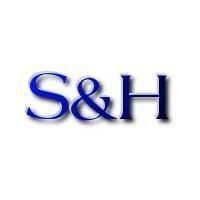 Three substantial premieres in one afternoon! Nobody can complain that this year’s Cheltenham Music Festival lacks novelty and stimulus. And what a good idea it was to bring together Kokoro, the innovative instrumental ensemble from Bournemouth, and the simply splendid Canticum Chamber Choir drawn from the ranks of the London Bach Choir.

Peter Wiegold figures prominently in this Festival as director of the Composer Academy which steers new (or newish) composers towards the first performance of a recent work of theirs.  But he is also a composer in his own right, and in Scare-Fire  he sets five epigrammatic poems by Robert Herrick for unaccompanied choir. The themes encompass the mystical, the religious and the sensual. The first, The Spell, is a quasi-religious chant to cast out demons.  On Julia’s Breath and Her Bed were suffused with gentle sensuality – while  the final poem – The Scare Fire could be seen as Herrick’s version of  London’s Burning, which in Wiegold’s setting has a good sense of panic and confusion.

We have so many British poets who have written about the First World War, that we overlook the poets of nationalities who were involved in that conflict. Hywel Davies seeks to redress the balance in War Songs in which Russian, German, Italian, French and Serbian poems are included, opening with an elegy by Anna Akhmatova.  Alfred Liechtenstein’s Abschied sung by a male chorus is at first fiercely martial in tone but as the sun goes down a soldier reflects ruefully that he could soon be dead.

Primal Death is a list of words by August Stramm which vary in terms of intensity and dissonance creating a powerful, unnerving effect.  The atmosphere is calmed by two quiet, but sorrow laden verses by Edward Thomas sung a capella and with a more conventional English pastorale type harmony.  Personal reminiscences are present in Apollinaire’s Ombre with its  gentle accompaniment while Sara Teasdale looks forward to the rains which will effface the traces of the war and allow nature to take over..A hymn-like reflection, Monument,  by Serbian poet Vladislav Petkovic Dis who died when his ship was sunk by a German torpedo, brought the cycle to a powerful close.

In the one purely instrumental piece on the programm, Nicholas Morrish Rarity’s Abandonment and Ruin, the composer aims to evoke “the phantasmal, acerbic and iridescent in highly colourific form. I must confess to being somewhat bemused by the music and the description, but I was so fascinated by Luke Russell’s large bass flute and the myriad of percussion instruments played with such skill by Sacho Johnson.

The final war song was Poulenc’s cantata Figure Humaine composed during the Second World War to poems by Paul Éluard. The work explores mankind’s ability to overcome adversity and emerge triumphant. The work ends with  20 verse hymn which culminates with an affirmative “Liberté” – a positive conclusion to a concert which dwelt on the destruction, desperation and utter folly of war.

This was moving and thought-provoking music performed impeccably by Kokoro and Canticum under the steady and persuasive direction of Mark Forkgen.