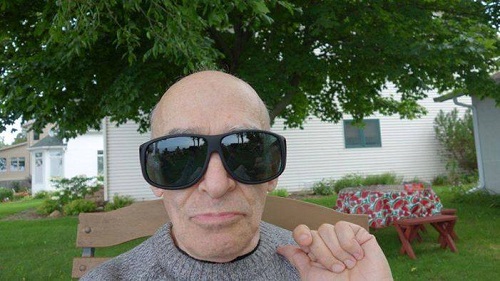 It is with deep regret that we announce that Stan Metzger, who was until recently the Editor in Chief of MusicWeb International Seen and Heard, passed away on 16 April 2016.

On the retirement of Bill Kenny Stan took over as Webmaster of Seen and Heard with the title of Editor in Chief. Prior to stepping back Bill had implemented and completed a comprehensive re-design of the site, a process in which Stan was also involved. It fell to Stan to take Seen and Heard forward in its new style, which he did most successfully.

By definition, Seen and Heard is a site that operates for seven days a week in order that we post in a timely fashion the reviews of the performances we cover all over the world. For a short period over the Christmas season the number of reviews reduces but otherwise there is a daily flow of incoming reviews, interviews and articles. Until about a year ago Stan did almost all of the work of posting reviews and generally maintaining the site himself, a huge and consistent commitment. Despite this demanding routine Stan also found the time to contribute a good number of insightful reviews of performances himself, generally covering events in New York.

During the time that Bill Kenny ran Seen and Heard the reach of the site expanded very significantly, both in terms of venues covered and readership. On Stan’s watch this expansion was not just consolidated, it continued further. Seen and Heard now reports regularly from most of the major concert halls and opera houses, especially in North America and Europe. The team of reviewers has also continued to expand. So Stan leaves a tremendous legacy.

In 2015 Stan decided to step back from the Editor’s chair though it was his intention to continue to contribute to the site as a reviewer. Sadly, ill health prevented him from fulfilling that ambition. However, with characteristic thoroughness and generosity Stan ensured that he passed on his technical knowledge and experience to the team who have succeeded him. This he did voluntarily and willingly because he was determined that Seen and Heard should continue to flourish.

The team at MusicWeb International, and especially those involved with the running of Seen and Heard, are enormously grateful to Stan for the significant contribution he has made to the success of Seen and Heard. We extend our condolences to Stan’s wife, Susan and to his family and friends.

When I first met Stan in 2010, he had just signed on to write reviews for Seen and Heard, and it might have seemed improbable that we would become friends. He was devoted to Baroque masters—Bach, Couperin, Telemann, Vivaldi—whereas much of my listening is to works by living composers. But as we continued to talk, it became clear that the friendship was growing, and built on more than just music. Eventually we met in person and saw each other regularly, for lunch and at concerts.

I will miss his keen and dry sense of comedy. Years ago, when Bill Kenny (Seen & Heard’s Editor-in-Chief at the time) was away for a few days, Stan sent me an email with suggestions for temporarily taking over the site. He proposed planting bogus pieces, such as “British Music Sucks” and “Pornography and Classical Music: Are They Both in It Only for the Money?” Of course, he was kidding—too gentlemanly to implement such mischief—but his humour was always present.

Stan was a superb writer, one of those whose work is a joy to read, no matter what the subject. Several times he mentioned that being a music critic was a dream come true—that he never expected to find himself “in demand” for his comments.

I treasure recalling our lunches together, when we discussed music, politics, religion, social issues, and joked about whoever seemed to need a good skewering. And he loved to eat. For awhile we met at a Chinese restaurant in midtown, and one day he said he had a craving for bacon. We ordered three entrees, much more food than either of us needed, including one dish that was basically a huge platter of (rather greasy) bacon—and by “huge” I mean something well over a pound of it, enough for four or five people. When it arrived, he grinned, slightly abashed, “What was I thinking?” We laughed about it for months. I miss that laugh—and his voice in general—already.

Stan Metzger, who has just passed away, was the Webmaster and Editor-in-Chief of Seen and Heard International for the best part of five years taking over from Bill Kenny when the website had adopted a new and much improved system of posting reviews. Under his leadership the site grew and prospered: in more recent years he was posting as many a 160 reviews from around the world in the course of a month.

Although I never had the opportunity to meet Stan face to face, I feel i have known him personally most of my life. I was in contact with him several times a week, and not only for the purpose of sending reviews for posting. We had a number of fruitful and wide-ranging discussions over the internet and I always valued his sound advice which was tempered with good humour and wit. When the site went down – as seems to happen with all IT systems however foolproof they claim to be – he proved unflappable expending vast amounts of time and effort to get it up and running again with minimal delay. It was only later that I learned of his health problems, and am amazed that he was able to function so efficiently despite his illness. It is the measure of the man that he never gave up even when the going got tough.

“If you seek his monument, look around”. I think the Seen and Heard website in its present form is Stan’s legacy, and I hope we all – reviewers, editors and webmaster alike – will be able to keep up the standards he has set us. I shall miss his cheerfulness and good sense terribly, and my heart goes out to his widow Susan and the rest of the Metzger family at this very sad time. If he is now in heaven (I’m sure he will be) I hope he is surrounded with choirs of angels singing and playing Baroque music for which he had a particular passion.

Stan created a global family at S&H, pulled together by his inspiration, expertise, and personal brand of charm and wit, and he will be sorely missed by many families, including my own.