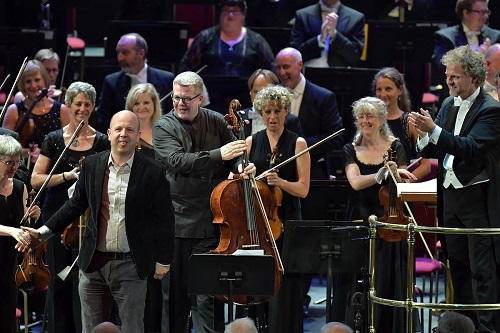 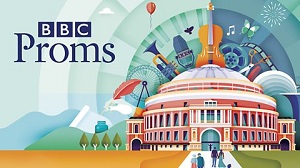 The passacaglia form was ostensibly the connecting thread linking the four, at first glance, disparate works which made up the BBC National Orchestra of Wales’ second Prom programme, but in the event it was ‘lucidity’ and ‘reserve’ which were the binding hallmarks of this thoughtful and often refined performance under the orchestra’s principal conductor, Thomas Søndergård.

Written for George Szell and the Cleveland Orchestra to celebrate the orchestra’s 40th anniversary in 1957, Walton’s Partita for Orchestra is notable for its ebullience and bravura capriciousness. Asked by Szell to provide a programme note for the new work, the composer remarked, ‘my Partita poses no problems, has no ulterior motives or meaning behind it, and makes no attempt to ponder the imponderables. I have written it in the hope that it may be enjoyed straight off, without any preliminary probing into the score’. As Walton remarked later, in a letter to his publisher, Alan Frank, the titles of the three movements – Toccata, Pastorale Siciliana and Giga burlesca – tell us all we need to know. And, the music is indeed direct: in Walton’s own words, ‘eminently straightforward & simple or even vulgar, too much so perhaps, nevertheless designedly so’.

Søndergård’s approach was a little too cool to capture this hint of ‘vulgarity’. The Toccata kicked off with a blaze of brio and was chirpy and breezy, with generally crisp ensemble, tight counterpoint and an underlying swing to the pulse. Solo voices came through the busy texture with virtuosic élan; extrovert brass and percussion – the bass drum player enjoyed himself! – contrasted with more delicate woodwind episodes, while the strings added the odd dash of lyricism alongside their scurrying passagework. But, the carefree joyfulness of the music was missing, as if Søndergård was keeping rather too tight a rein on the high spirits. The Pastorale siciliana is marked ‘Andante comodo’, but this dance was decidedly sluggish, which made it difficult for the solo viola and oboe to sing to each other with easy nonchalance, and what began as expressive, delicate and dreamy waned into a lethargy which even some warm horn solos, and propelling harp and bass pizzicatos, could not quite revive. The Giga burlesca lacked the vivacity that Walton’s title evokes: the tempo was careful, the basses jigged gracefully at the start, rather than with wild abandon, and the brass were tuneful but never let rip. But, there was a welcome lightness and bounce, and the cheeky tune that ‘you can’t head out of your head’ was infuriatingly infectious, if not perhaps a boldly irreverent cock-a-snook.

The quasi-diffidence which had characterised the Walton was more apt for the evening’s concerto, Huw Watkins’ elegiac Cello Concerto – apparently hot off the press – which was given an articulate and persuasive premiere by his brother, Paul. Redolent with an eloquent nostalgia which we so often associate with the ‘Englishness’ – if the two Welshmen will forgive the term! – of Finzi, Butterworth and Gurney, the concerto communicates powerfully through a probing, stirring lyricism complemented by subtle instrumental sonorities. The three-movement work employs a relatively small orchestra supplemented by harp and celeste, and Watkins was able to coax the gentlest, most intimate tone from his c.1730 Montagnana/Goffriller cello without having to make any concessions to the size and acoustic of the Hall.

The three-movement pattern is slow-fast-slow, but in fact each movement alternates lyrical with more energetic material. The opening Lento was notable for the clarity and definition of the orchestral colours, which set off the opening high, restrained cello lament exquisitely. There was a refreshing palette-cleansing purity to the sound-scape as the cello’s finely etched melodic motifs unfurled with evenness and beauty of tone, and absolutely true intonation (a consistency characteristic of the Emerson Quartet which Watkins joined in 2013). Watkins’ sound was wonderfully focused and effortlessly foregrounded against the array of instrumental colours which formed a timbral counterpoint.

Søndergård was attentive to every detail, drawing forth fine woodwind solos, finely graded diminuendos and – in contrast to the leaden siciliana of the Walton – a strong sense of direction and resolve; the latter were counter-balanced by a charming ambiguity, notably the harmonic irresolution at the close of each movement.

The Allegro commenced with almost folk-like vivacity and freedom, and some fleet-footed virtuosity from Watkins, though the tenderness of his tone was never compromised by the complexity of the darting cello gestures. Oscillating flutterings – cadenza-like and reminiscent of Vaughan Williams – suggested spontaneous invention; the cello engaged in dialogue with the oboe solo, then the wavering motif was taken up by the strings in opposition to the melodicism of the horn and the vacillating clarinet. The music felt quite pictorial, the expanse of the bird-lands of the Fens, perhaps. But there was also real energy – summoned by the incisive strings’ pizzicato, stabbing down-bow strokes – which alternated with and gave way to quietude with astonishing alacrity.

The concluding Lento began with self-possessed melancholy – at times I was put in mind of the contemplative intensity of Elgar’s Cello Concerto – and there were deep emotional upwellings, building from the bass line, which suggested a profundity of thought and feeling and which led to insistent repetitive motifs, not dissimilar from those of the second movement. Indeed, if I had any initial ‘criticism’ of the concerto, it would be that the material of the three movements was not sufficiently distinguished.

In a season which foregrounds works for the cello, of the ten concertos being performed during this Proms season Watkins’ concerto is one of three world premieres, and I’d certainly like to enjoy its rhapsodic plaintiveness again, and regularly. (The concert can be heard on BBC iPlayer for one month.)

After the interval we had two works, separated by just 20 years but by psychological caverns; and, paradoxically, united by Baroque formal precision. Webern’s Op.1 of 1908 – hardly his first composition, but the first that he considered worthy of public ascription – is a lush-textured but formally compressed Passacaglia, the vague tonality of which attests to the influence of his teacher, Arnold Schoenberg. But, this is a work which is more Mahlerian than modern and, from the initial whispery, tense pizzicatos it was texture and colour, rather than form, which was highlighted by Søndergård’s reading: even in the most emphatic passages there was clarity and light, and a chamber-like perspicuity. The conductor enjoyed allowing the instruments to rove into the extremities of their coloristic range – muted trombones at the bottom of the register, for example – but did not give them full rein in the more sensuous passages.

Brahms’ Fourth Symphony was scarcely twenty-years-old in 1908 but it might seem light-years distinct; and Søndergård appeared to hold the work in tongs, at a distance, denying us the engaging tensions of the opening of the Allegro non troppo, though the counterpoint was clearly articulated and there was some fine horn-playing, given space to relax and unfurl the thematic development. We had Brahms’ Classicism drained of his Romanticism: compellingly direct yet lacking heart, though the contrapuntal disputes of the closing passages of the movement were vigorous and transparent.

The Andante moderato was mild and delicate yet felt listless, and the reedy duets were overly formal rather than penetrating, despite Søndergård’s sporadic injection of pace. Long-drawn string melodies, sweet of tone, were elongated rather than arching; this was a hiccough of formal conception rather than the playing of any individual orchestral section. Though, I admit, many may have admired the clinical execution and exactness.

In contrast the Allegro giocoso set off at a hell of a lick! Slickly assured and assertive rather than jovial; robust and rushed rather than teasing.  Søndergård had the measure of the Finale though, and at last the tectonic plates slid into place: the conductor didn’t dither in the first statement of the Bach-derived theme, establishing a restlessness and momentum which was sustained by the strings’ tense melodic development and the prevailing rhythmic arguments. There was much to admire here, if not sentiment in which to wallow.