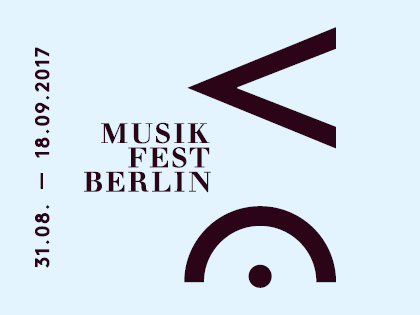 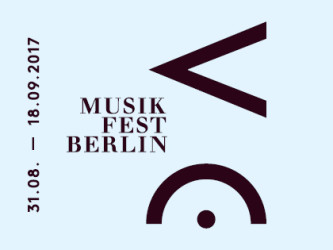 The Korean-German composer, Isang Yun, was born on 17 September 1917, one hundred years to the day before this commemorative concert. His was, by any standards, a dramatic life: a figure in the resistance to Japanese occupation, a participant in the Darmstadt summer schools and other important aspects of European musical life, kidnapped from West Berlin in 1967 by the South Korean military regime and charged with communist subversion, released two years later following an international outcry, and settling once again in Berlin, where he would live until his death in 1995. He aimed to combine, even integrate, elements of European and Asian – not just Korean – music. This concert, part of the Musikfest Berlin, offered an opportunity to hear various chamber music pieces, very much, it would seem, at the heart of his output, especially later in his career. They were all new to me; my remarks should be taken very much in the spirit of a first hearing. Insofar as I was able to tell, all the performances were committed accounts.

I hope that flautist friends will forgive me when I say that the prospect of a piece for four flutes did not exactly fill me with joyous anticipation. As it turned out, I rather enjoyed this 1986 Quartet, both as work and performance. In four sections, it broadly seemed to encompass a journey if not from darkness to light then from deeper tones to something almost seraphic. The interval of a minor third seemingly in some sense fundamental, the work moves upwards in various combinations from two bass flutes and two alto flutes, through four standard-sized flutes, two of them then swapped for piccolos, and finally to one of each variety; the turning of the four seasons also came to my mind. Perhaps it was simply because the example of Boulez comes to the fore in my memory, but the arabesque quality of the writing did have me think of his music at times, although Yun’s music seemed far more inclined to repeat, even if not exactly. The return of the bass flute in the final section heralded a change of mood, of pace, figuration above notwithstanding; something akin to the full range of this family of instruments offered a sense of culmination.

The twelve-note organisation of Glissées, for solo cello, did not preclude a similar sense of something close to, if not to be identified with, tonality. It had, in Adele Bitter’s exciting, rich-toned performance, a strong sense of line, albeit with greater disruption than the preceding work. As time went on, I began to hear – or at least believe I did – more dodecaphonic process. The functional and expressive qualities – not that I intend a distinction between the two, quite the contrary – of glissandi fascinated, as the piece moved towards what I thought of, in homage to Nono, as a canto sospeso.

Gasa, from 1963, seven years earlier, perhaps had a greater proximity of some elements of ‘avant garde’ language, although, less, I think, of its temperament. If I knew a little more about East Asian music, perhaps I should find an answer there, perhaps not. Again, twelve-note method seemed not merely an element of organisation, but something, if far from the only thing, to be heard. There was also, in work and performance, a strong sense of drama, of whatever variety. The title means ‘Song Words’ in Korean: interesting, since I had thought of it more as a wordless scena than a song as such. I later discovered the following characterisation by the composer: ‘Gasa exists in space. It takes no heed of time – each moment exists in space and that space is unending. Within this (space) however there exists a dramatic development.’ Again, that was not necessarily how I had naïvely heard it, but it made me keen to hear it again with those words in mind.

The two movements of the Trio (that is, piano trio) were written in 1972 and 1975, on either side of the death of one of Yun’s teachers, Boris Blacher. Intervals, as in the piece for flutes, immediately announced their importance: both, I think, in their recurring use and in their transformation. At a certain point, though, I am afraid I began to find the music all sounding a little same-y, if you will forgive the colloquialism. Perhaps I was just tiring a little. The second movement, faster, at least to start with, certainly offered relief, seemingly more in the line of Glissées and Gasa. I loved the ricocheting of lines between instruments, never quite predictable. Then the music froze, seemingly, but only seemingly, to return us to the opening mood. I thought a little of the music of Giacinto Scelsi here, but perhaps that was just me finding my own bearings.

Images, for flute, oboe, violin, and cello sounded to me a little long for its material, despite the apparent distinction of performance. It seemed curiously static, somehow, but perhaps that was the point. I only learned afterwards – I should have worked it out, given the date! – that it had been written during Yun’s imprisonment, inspired by the frescoes at the Great Tomb of Kangso. Yun’s visit to North Korea, in which he had seen those frescoes, had raised the suspicions of the paranoid Southern authorities, partly leading to his abduction. Whether I should find this musical journey – perhaps not dissimilar to that in the opening work – more interesting armed with that information, or indeed simply on account of a second hearing, I do not yet know. On the basis of much of what I had heard, though, I should not mind finding out. Three cheers, then, to the festival for affording us this opportunity.