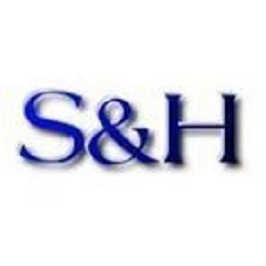 In addition to the main opera performances, Wexford Festival Opera stage a series of song recitals at the historic St Iberius Church in Wexford. For this particular recital, the young Polish baritone, Simon Mechliński, who sang in the productions of Il Bravo and Don Pasquale, was joined by Andrea Grant who is Head of the Music Staff for Wexford Festival Opera.

I was very impressed with Mechliński’s performance as Dr Malatesta in Don Pasquale.  This recital confirmed that this young man is a major new talent and destined for great things in the world of opera. He has a rich, clear, ringing voice, he is supremely musical, he has perfect intonation and his diction is excellent. His technique is quite extraordinary for such a young performer and the singing at this recital was entirely effortless.

In addition to some staples of the repertoire, Mechliński introduced the audience to some Polish songs with which I was not familiar. He opened with Belcore’s aria, ‘Come Paride vezzoso’ from Donizetti’s L’elisir d’amore. His rich voice filled the church and he showed enormous vocal agility negotiating Donizetti’s decorative lines. He followed this with ‘O du mein holder Abendstern’ from Wagner’s Tannhäuser. I loved the dark timbres Melchiński brought to the opening section and the ecstatic quality he injected into Wagner’s gorgeous melody. ‘Zueignung’ is one of Strauss’s most celebrated songs and it received a ravishing performance here. Grant provided a limpid flowing accompaniment while Mechliński’s voice soared through the church in the climactic final stanza.

We moved to Poland for the next part of the recital with songs by Moniuszko, Karlowicz and Chopin. Moniuszko’s ‘Dwei zorze’ (‘Two Auroras’) was delivered with rhythmic verve with Melchiński’s voice ringing out on the sumptuous top notes, while the ensuing song by Karlowicz had a wonderful flowing lyricism. Melchiński sang Chopin’s ‘Gdzie lubi’ (‘Where she likes’) with a spring in his step while Grant’s accompaniment tripped along delightfully.

Melchiński is due to perform the role of Tchaikovsky’s Eugene Onegin in the coming months and he gave us a preview of this in his performance of Onegin’s aria. This performance had everything, combining power, lyricism, gorgeous tone colours and excellent diction. The recital ended with two further Polish arias by Moniuszko (generally regarded as the father of Polish national opera) and Poniatowski. I particularly enjoyed the performance of Miecznika’s aria from Moniuszko’s Straszny Dwor (The Haunted Manor) which Melchiński sang with great panache.

This was an absolutely superb recital from start to finish. I am sure Melchiński will make a terrific Onegin and he is clearly a performer to watch.