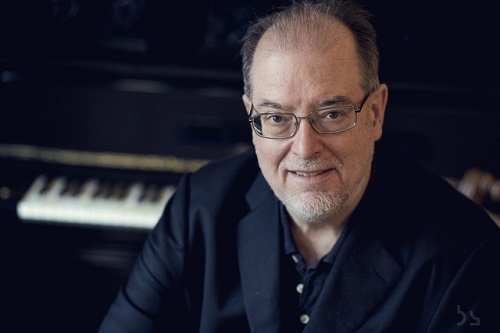 Brahms was young once. And like any other so-called ‘lion of the keyboard’, he naturally enough inaugurated the catalogue of his published music with a sequence of ten works, of which six are for solo piano. Since he was also the greatest exponent of the classical sonata style after the death of Schubert, it was equally natural that his Opus 1, Opus 2, and Opus 5 should have been full-fledged sonatas, the first of them boldly taking up the challenge bequeathed by Beethoven’s Hammerklavier Sonata.

What seems not natural is the course his composing career subsequently followed. Everything, one might have thought, presaged a lifelong oeuvre of piano sonatas to rival Beethoven’s or Schubert’s. But after his 22nd year Brahms exercised his mastery of the sonata style exclusively in the fields of symphony and chamber music, while his piano works from then on took a quite different tack, materializing—aside from the waltzes of Opus 39 — in six sets of variations and no fewer than 30 relatively small pieces in various individual forms gathered in seven published collections.

‘Small’ is a misleading term when it is applied to Brahms’s variegated output of ballades, caprices, intermezzos, and so forth, just as it is in the context of Chopin’s even more varied sequence of ballads, études, preludes, and the like. With both men, the profundity of the musical invention creates a ‘size’ often out of all proportion to mere physical dimensions. And it is hard to resist the conclusion that what set Brahms — like his great Polish predecessor — off on so strikingly different a path was the realization that the solo instrument offered a resource ideally suited to the exploration of an intimacy far distant from the grandeur of big sonata structures.

In a Philadelphia Chamber Music Society program drawn entirely from the composer’s succession of individual pieces and variation sets, Garrick Ohlsson magisterially mined this vein of intense Brahmsian self-communing. The surpassing gentleness yet firmness of his touch and the subtly sustained smoothness of his legato reminded me of that too often underrated master, the late Alexis Weissenberg, to whose inspired recording of Schumann’s Album für die Jugend you can listen without for a moment succumbing to the slightest suspicion that the piano is a percussion instrument. But the program was varied enough to allow the pianist’s equally comprehensive grasp of Brahms’s more ‘public’ manner to flower in passages like the statement of the Hungarian theme of Op.21 No.2, in the swirling passion of the Ballades that began the inexhaustibly fertile series of individual pieces from Op.10 onward, and most thrillingly of all in the Paganini Variations, of which Ohlsson rightly offered Book 1 on its own, since the structure of the opus, with the theme reappearing unchanged to begin Book 2, clearly suggests that the two books were never intended to be played together.

After the sheer elan, sonic brilliance, and clarity of finger-work and pedaling he brought to this by no means superficial masterpiece, Ohlsson spoke of the love for Chopin that he shares with Brahms. His magically played encore, Chopin’s C-sharp-minor Prelude, Op.45, neatly illustrated the underlying spiritual camaraderie that, despite their obvious ethnic and stylistic disparities, links the two composers’ music.