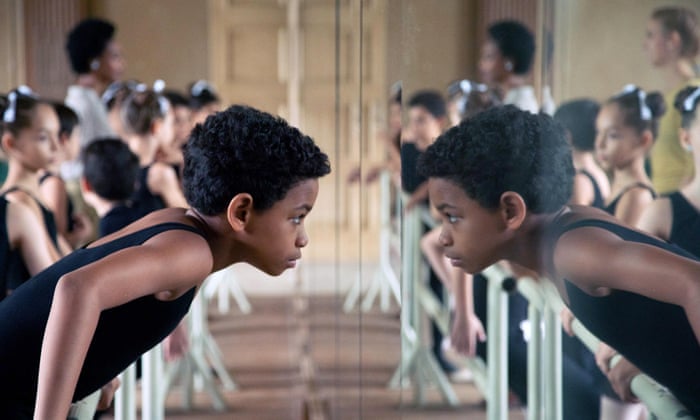 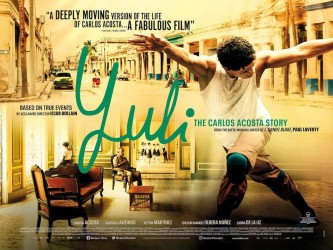 This year has seen two significant films released about famous male ballet dancers: one (Rudolf Nureyev) is sadly no longer with us, but the other (Carlos Acosta) is still very much alive and performing occasionally. Both are inspiring ‘rags to riches’ tales but whereas The White Crow about Nureyev was a straightforward – and overly respectful – biopic, Yuli: The Carlos Acosta Story (based on the great Cuban dancer’s memoir No Way Home) has an unconventional – and more compelling – narrative structure. There are dramatised flashbacks within a framework of Acosta creating an autobiographical dance piece with his Acosta Danza dance company which sees him perform as his own father, Pedro. Interwoven with all this are occasional snippets of archive footage of the dancer on stage at various times during his career.

It is interesting how both Nureyev and Acosta not only came from humble origins but clearly shared a lack of respect for those in authority. We first see the sassy young Carlos breakdancing on the streets of Havana. He is the grandson of a slave and son of a lorry driver. His father wants a better life for him and enrols Carlos in a dancing school even though he is not at all interested in learning ballet and dismissive of those that do. His individuality challenges his teachers – notably Maestra Chery (Laura de la Uz) who becomes an influential figure in his life – and many others who care for him.

Until their rapprochement later in his life Carlos’s relationship with his father was extremely complex. During his formative years it is Pedro who is the driving force behind Carlos continuing in ballet and obviously his ambition for his son was, for years, something Acosta was unwilling to embrace even at the cost of a beating. This inspires perhaps the most powerful scene in the film when Pedro returns after having been in prison to find that Carlos has been truanting from school and savagely beats him with a leather belt. The film blends the past – where we witness a father’s brutality and images of the distress this causes to the young Carlos’s mother and sisters – with the present, where during dance rehearsals Acosta himself is acting out his father’s role. We hear the slap of the belt though we never see anyone being struck, yet there is palpable threat and feeling of pain. Here the son becomes the father and possibly tries to come to terms with a man that the film suggests truly loved his son but in his own way. In a Q&A after the showing of the film Acosta expressed that although this was an interpretation through dance, it was nevertheless still very distressing for him to relive such a traumatic moment in his life.

We see how Acosta’s obvious talent for ballet results in him winning the prestigious Gold Medal at the Prix De Lausanne in 1990. This leads him to dance in Italy, then in London with English National Ballet before injury makes him want to revaluate his life and to put home and family before career. Eventually Acosta has an epiphany leading him to success in Houston and eventually with The Royal Ballet and becoming their first black principal and – to his father’s obvious pride – its first black Romeo. The rest is dance history.

Director Icíar Bollaín and screenwriter Paul Laverty’s film therefore interweaves several themes; not only a father’s influence, but also love of family, nationhood, race, as well as, loneliness at the personal cost of success. The most revelatory element of the film is that Acosta was no Billy Elliot and was so very reluctant to accept his remarkable gifts and accept the discipline this demanded. Laverty and Bollaín through necessity – and budget – have telescoped real events and sometimes their film hints that some of what we are watching enters the realm of ‘When the legend becomes fact, print the legend’. Nevertheless this is another intriguing premise as it suggests how some remembered events can be influenced by what subsequently transpires. This gains potency when these real emotions are recreated by dance. It is a pity that Acosta apparently never had the time necessary to provide the choreography we see but Maria Rovira’s abstract movement gives vivid ‘life’ to Acosta’s inspiring story. The film’s non-dance sequences benefit from cinematographer Alex Catalán’s subtle colour palette, which moves from the warm colours of the Cuban sunshine and Havana’s dusty streets to the rain-sodden gloom of London in its second act.

The film is basically in Spanish which must limit its release. Indeed Laverty in the Q&A admitted how they would have achieved a bigger budget had it been in English but joking exclaimed that no one surely would have wanted Denzel Washington as Acosta’s father! The acting is uniformly superb from a cast of non-professional actors and, indeed, Pedro is portrayed by Santiago Alfonso the renowned Cuban choreographer and most famous for creating Havana’s Tropicana cabaret. More fascinatingly he also taught Acosta in his early days and can confirm what a difficult pupil he was. Apparently an exhaustive search was needed before Eduson Manuel Olbera Núñez was cast as the prepubescent Acosta and his self-possession and youthful charisma lights up the screen. Keyvin Martínez is equally well cast as an older Carlos and both actors uncannily resemble Acosta which adds to the believability of what we see.

Yuli: The Carlos Acosta Story is part documentary, part dramatic realisation, part dramatic idealisation that is an absolute must-see tribute for balletomanes – and all others who like real-life success stories – to Acosta’s remarkable talent.

For more about Yuli: The Carlos Acosta Story click here.