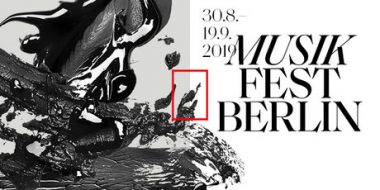 Hot on the heels of two Peter Eötvös ensemble works at the Kammermusiksaal, many in the audience made their way to the larger hall of the Philharmonie proper, for the second German performance of his Third Violin Concerto, ‘Alhambra’, the local premiere having taken place the night before. Opening, as it closes, with solo violin (Isabelle Faust), it is perhaps surprisingly evocative of the colours and music of southern Spain. This is a walk around the Alhambra’s gardens with antecedents, suggested if never explicit, in Falla, Ravel, and Debussy, as well, perhaps, as Mussorgsky’s promenading. Eötvös employs the orchestra sparingly, hints of a Szymanowskian tapestry or something harder-edged, even Stravinskian, in the air, yet never quite determining the climate. Other solo strings come to the fore: violins, double bass, and mandolin; but so do woodwind and brass, clarinettist Andreas Ottensamer’s arabesquing especially noteworthy. Bells are both suggested and heard, the latter thereby well prepared as music rather than effect. There is something, perhaps inevitably, of Berg to certain, more innig passages, but also to repeated chains of intervals. Ciphers of ‘Alhambra’, ‘Isabelle’, and ‘Faust’ are, apparently concealed, but I should need to listen again, and/or to consult the score, to have them revealed to me. That, on the basis of this performance, I should happily undertake. (I should also like to know, if anyone can oblige, what Faust’s encore was.)

Xenakis’s Shaar, for string orchestra, made a truly elemental impression, its opening lines as striking as any unison in Bruckner, the feelings of awe engendered, maintained, and transformed actually not so very different as some might expect from those inspired by the latter composer. Not that the music really has anything in common, of course; it is what it is, proudly, starkly so – and so it sounded in this Berlin Philharmonic performance under Eötvös, its granitic drama, both earthly and unearthly, inviting comparison with a Hebraic past summoned in the title. Clusters, swarms, ritual; imbued with an implacable sense of rightness, yet never predictable: work and performance alike brooked no dissent. The BPO had never played the work before; it should do so again soon. More Xenakis everywhere, please!

There was likewise no doubting the distinction of the Berliners’ performance of Varèse’s Amériques, Eötvös doing much to highlight the work’s musical interest, not least its debts – some might put it more strongly than that, especially in this first version – to Stravinsky, and to The Rite of Spring in particular. Innovation with timbre notwithstanding, I wish I found the work itself more convincing. Leaving aside its frankly irritating whistles and sirens, the form of what Eötvös ably delineated as a twentieth-century tone poem continues to elude me. The sheer volume and exuberance of Amériques remain quite a thing, of course, but it does go on a bit. Perhaps its placing after the iron discipline of Xenakis was the problem.