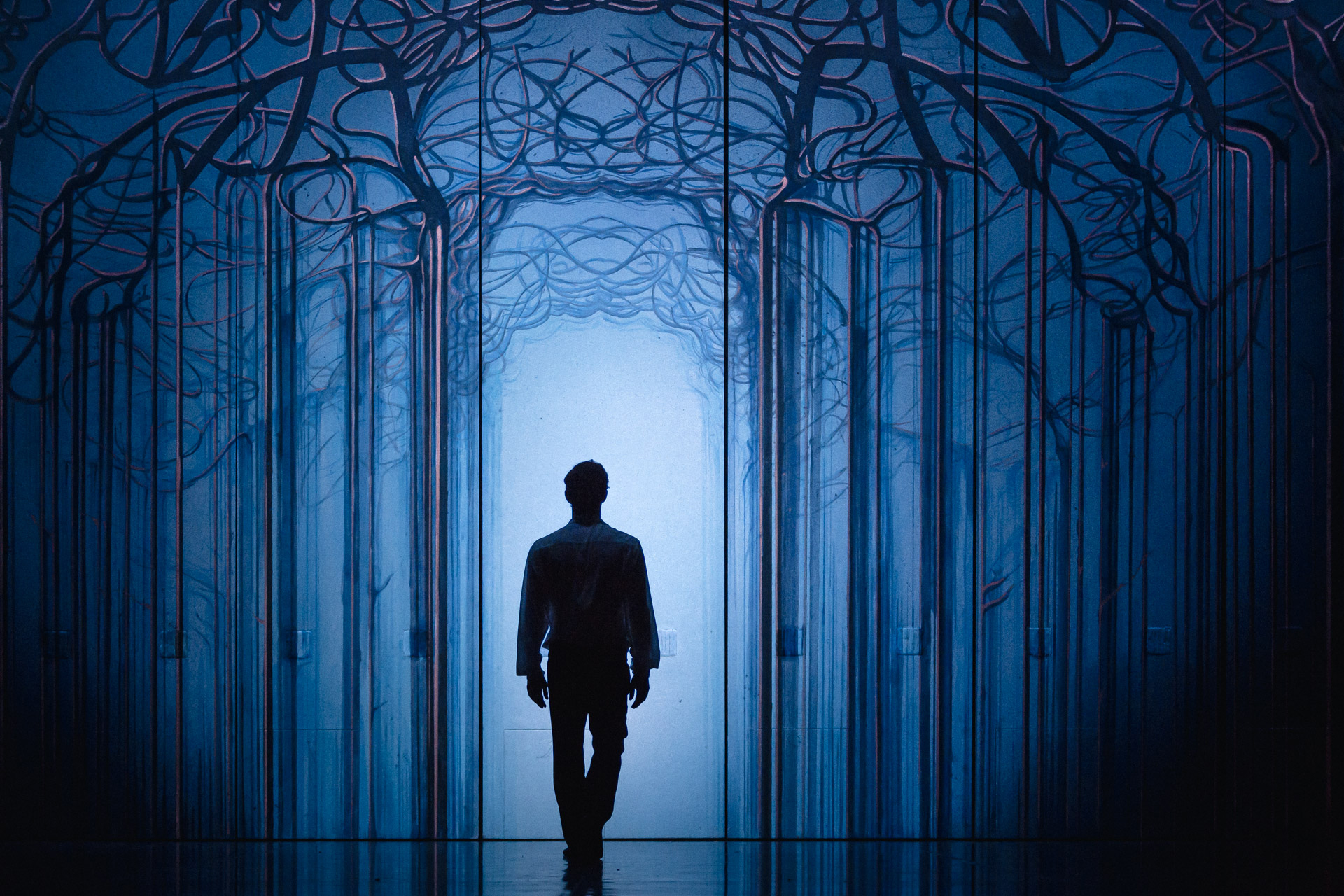 While this season’s performances of the Tchaikovsky/Petipa The Sleeping Beauty of 1890 continue on the main stage of the Royal Opera House, the Royal Ballet’s Artistic Director, Kevin O’Hare, acknowledges – in a programme interview with Gerard Davis – that ‘for many people, the idea of a princess having to be saved by a man doesn’t really work in today’s society’. An alternative that looks at the same story ‘through a different lens’ is therefore provided on the smaller stage of the Linbury Theatre.

Choreographed and designed by Hélène Blackburn, founder of the Canadian contemporary dance company Cas Public, Les Beaux dormants, from 2018, ‘revisits’ a work of the year before aimed at a young audience. Traces of the earlier work may remain in the individual children who skip and run and spin, in projected video images, across monolithic panels at the front of the stage as the audience takes its seats. The same children appear in subtitled but voiceless video interviews at the start of the piece, edited to capture single sentences and words: ‘castle’, ‘princess’, ‘prince’.

When the panels part and the dancers of Le Ballet de l’Opéra national du Rhin appear from the narrow spaces in between, they are distinctly adult figures who pace about in shadow as if seeking, and sometimes finding, obscure objects of desire in the form of other dancers. All are in suits, but one of the men wears high heels; another carries a woman’s shoe on his shoulder.

The restless tone of this opening sequence persists in the dance, when it begins: spotlit solos, performed almost as challenges to the spectator, in which the suited dancers’ balletic arms are so revved up they produce persistence-of-vision effect. The music is Tchaikovsky’s but cut up – like the interviews – by Martin Tétreault into snatches and snippets, played now on piano, now on electric guitar and presented in seemingly random order. Discourse also ruptures when a dancer narrates the Charles Perrault fairy tale on which The Sleeping Beauty is based in an English interspersed with French: ‘all the fairies sauf one’; sortilège instead of ‘spell’.

The panels reveal themselves to be one side of decorated, triangular prisms, which are moved around the stage by the dancers to create a forest, thorn bushes, a bedroom. Within these spaces it is possible to identify dancers as ‘Aurore’, ‘Prince’ and ‘Carabosse’. But it will not always be the same dancer, or a single dancer, or a dancer of any particular gender.

For The Royal Ballet’s Creative Producer, Emma Southworth, in the interview with Gerard Davis, Les Beaux dormants is ‘a story of why everyone is beautiful’. For this reviewer, it was a story of fissure and fracture in which dancers and design (Valentin Thuet as Carabosse on one gold pointe shoe) are more forceful than overall structure. A climax might be found in an ‘awakening scene’, for Aurore, played out in reverse. Or perhaps, if childhood is a theme, it comes in the desperate-sounding words intriguingly repeated by the dancer/narrator at the very end of the piece: there was once a king and queen ‘who could not have any children’.

For more about what is on at the Royal Opera House click here.