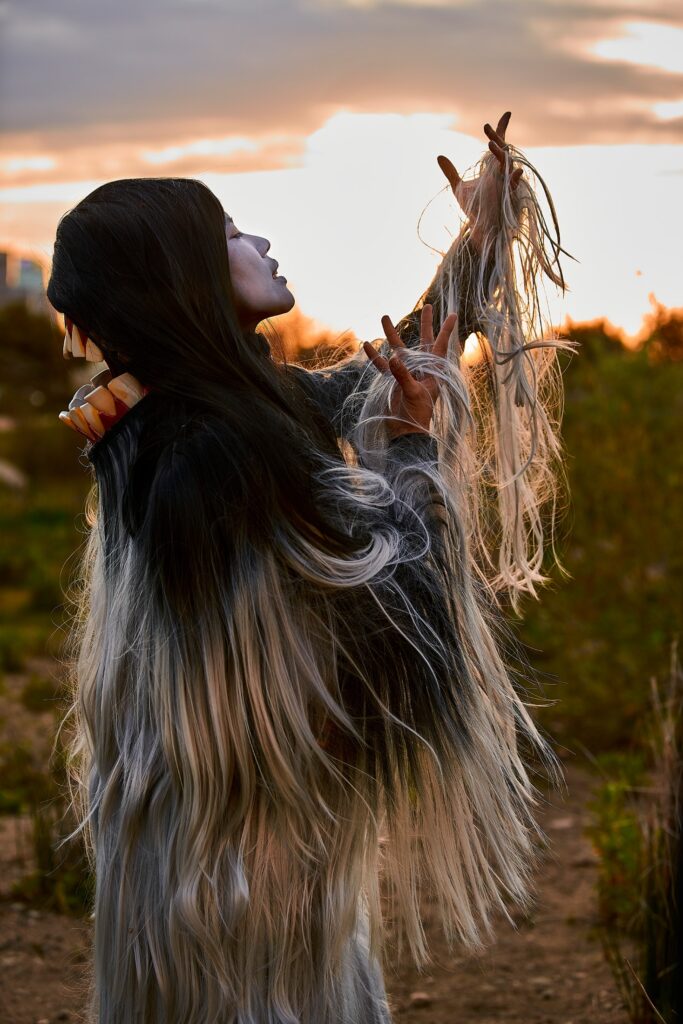 While traditional opera houses struggle to attract younger audiences, Yuval Sharon, the founding artistic director of The Industry, has solved that problem. He has delved into site-specific opera with its obvious attractions for new audiences as well as longtime opera fans. Opera in cars, Hopscotch; opera at Union Station in Los Angeles, Invisible Cities; opera on the streets of downtown LA, War of the Worlds: these are among the productions that have made the reputation of this MacArthur fellow and artist-in-residence at the LA Philharmonic. As for in-house opera, there was the recent staging of Meredith Monk’s Atlas at Disney Hall, Sharon’s production of John Adams’s Doctor Atomic in Germany and Seville and John Cage’s Songbooks in San Francisco and New York.

The live performance of the Industry’s newest offering, Sweet Land, opened on 29 February at Los Angeles State Historic Park, a scrappy parcel in Chinatown running between Spring Street and the tracks of the Metro Gold Line. Reviews were ecstatic, and I can understand why. Poetic texts by librettists Douglas Kearney and Aja Couchois Duncan that depict the harsh realities of indigenous peoples colonized by white oppressors are accompanied by an otherworldly soundscape of chanting, ululations, snippets of hymns, blasts of percussion, shuddering strings and lyrical woodwinds by composers Raven Chacon and Du Yun.

I missed the live performances but saw the production online. Two weeks before the end of the run, the company was forced to cancel because of the quarantine. Fortunately for audiences worldwide, Sweet Land has a second life and can be streamed here. The artists came together on 15 March for one last performance, and the result is a cinematic tour de force.

By all accounts, the physical production was meant to be an immersive experience for the audience. Fortunately, some of that comes through in the video version via a trifecta of marvelous camera work, extraordinary lighting and imaginative editing. So successful is the end product that it brought me back to the immersive theatre of Andrei Serban and Elizabeth Swados seen at La MaMa in the 1970s in New York’s East Village – in particular the groundbreaking 1974 production of Euripides’s Trojan Women. It influenced generations of directors, of which Sharon is surely an heir. A visionary artist, Elizabeth Swados developed a rhythmic collage of ancient languages for the score, and her music can be seen as a precursor to Du Yun and Chacon.

When seen live here, audiences came together for sections and separated for others. The end result was that patrons were unable to see the entire opera in one evening. Streaming gives the viewer an opportunity to see both parts, ‘Feast’ and ‘Train’. The sections in common are repeated in both, so if you choose you can fast forward through the repeats (for maximum viewing I would watch it in two separate sittings).

Du Yun and Couchois are teamed together for part of ‘Feast’. Their section consists of the opening, ‘Contact’, and ‘Feast 1’. Coyote (elastic-voiced Micaela Tobin), the trickster character of Native American mythology, presides over the opera, bestowing a sly and threatening tone from the outset. An immense round table at the center of an open-air set is where we meet the Visitors, who no sooner partake of the bounty of the land than they begin enslaving their Hosts in ‘Feast 2’.

The ‘Feast 2’ creators are Chacon and Kearney. Countertenor Scott Belluz as Jimmy Gin kidnaps Makwa (Kelci Hahn) and, in an unsettling scene of Visitors eating with clinking knives, claims her as his wife as she struggles on the table like an animate centerpiece. There is a terrifying, ghostly Windigo sung by Sharon Chohi Kim, and a predictable amount of religious righteousness on the part of the Visitors. There are haunting lines of the libretto sung by Coyote: ‘When the gut outgrows respect an appetite grows teeth. The brain climbs down beneath and the stomach rides the neck’. And there are the heartbreaking cries of Makwa: ‘If I could find Grandfather, I’d ask how to right a boat without oars. If I could find my father, I’d ask how to shut a house without doors’.

The poetry and music of ‘Feast’ are so compatible and beautifully wrought that, for me, it’s the more successful section. The instances in the live performance when the audience gathered together for ‘The Crossroads’ and ‘Echoes and Expulsions’ are trickier to read in their video incarnation. However, something of what the live experience must have been like lingers in the screen version. A sense of timelessness pervades ‘Echoes and Expulsions’ – the continuation of injustices perpetrated and land laid waste.

Like ‘Feast’, ‘Train’ is divided into two parts: ‘Train 1’ by Chacon and Kearney and ‘Train 2’ by Du Yun and Duncan. A circular track with sliding doors on casters reveals and conceals singers who represent brutalized immigrant labor building the railroads. Violence, whether to people or animals, is justified by God’s word. In the second part, the land is up for grabs, and the exploitation of resources is rampant. The capitalist dream is attacked with Brechtian fervor. Echoes of Kurt Weill haunt the percussive score.

Sharon and co-director Luger have created not only an on-site experience but also an engrossing personal viewing event. During these perilous times, a streaming ticket to Sweet Land while reclining on your couch may prove the best seat in town.