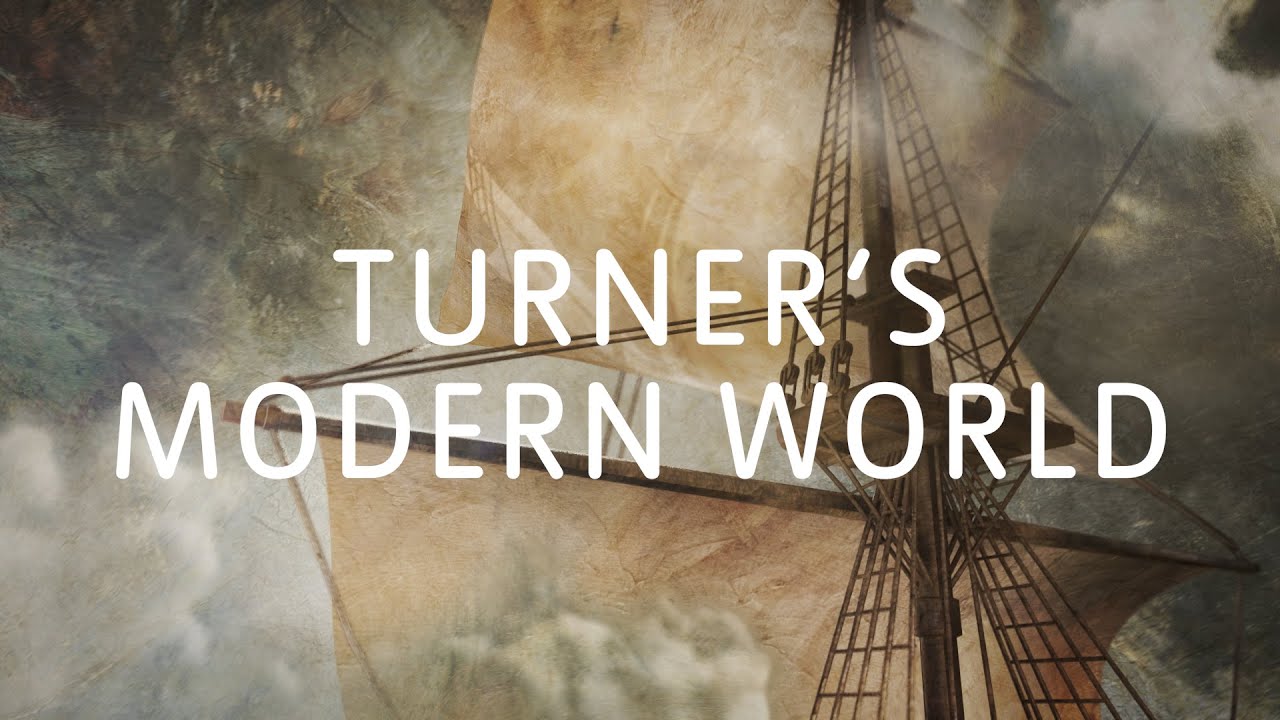 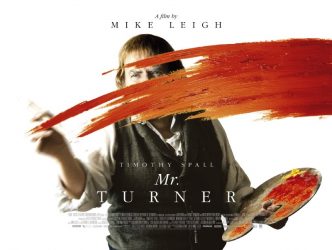 Sometimes a light surprises
the Christian while he sings;
It is the Lord, who rises
with healing in his wings:
when comforts are declining,
he grants the soul again
a season of clear shining,
to cheer it after rain.

William Cowper (pronounced Cooper) was one of the earliest of the nineteenth century romantic poets, much admired by those who came after him. There was much that Cowper did not understand: most of all, of himself. The quoted words are his thinking aloud, whereby fragments of an idea are woven together to yield a whole: but look more closely and you will see a poem in every line; independent but connected, while remaining aloof.

You won’t be surprised to know that Cowper was profoundly religious in the healthiest, agnostic way. Just like Joseph Mallord William Turner (1775-1851) who should not be confused with William Turner (1789-1862) who was a painter living at the same time as J M W Turner. The younger Turner was held at the Royal Academy – and other places that count – to be the more talented of the two.

JMW is a ‘boorish, bumptious bugger’ in Mike Leigh’s 2014 docudrama Mr. Turner (150 minutes) where protagonist, Timothy Spall won Best Actor at the 2014 Cannes Film Festival. This is the second time that Leigh has made a thoroughly researched docudrama on a major subject. His first was a microscopic viewing of the Gilbert and Sullivan partnership, centred on the days round the composition of The Mikado, with its appropriate title of Topsy-Turvey (1999).

Mr. Turner focuses on the last twenty years of the artist’s life to suggest an understanding of all his other years. Tate Britain’s Turner’s Modern World makes the case for JMW being lightyears ahead of his contemporaries. 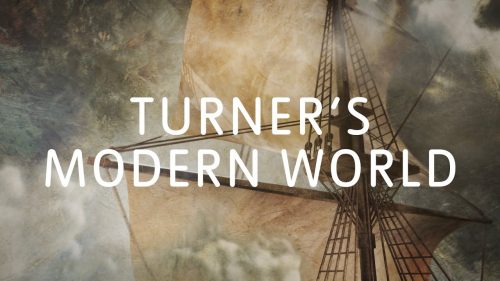 The Tate’s exhibits – oil paintings, water colours, sketches in ink and pencil – are assembled across eight exhibition halls. For the most part everything is well displayed. And one of the most fascinating experiences is viewing paintings close up, then at a distance, where space permits. Viewed from a distance, the paintings dramatically take on other meanings. And the distance gives you an artist distinctly other than the close viewing. Almost another artist. Of course, the close views are more instructive on JMW’s development and experimentation. Of which there is much.

Leigh has a wonderful time putting the young John Ruskin (Joshua McGuire performing well) in his place. Like all critics, Ruskin tells us more about himself than what is supposedly being criticised. Ruskin is unreservedly pompous and full of hot air. (The Italians call it aria fritta -fried air, which I think pinpoints the folly better.) Wearied of the waffle, Turner jerks himself out of a sleep into which he is about to fall, and addresses the sermonising young Ruskin: Tell me Mr. Ruskin, would you prefer a steak and kidney pie or a baked whole ham? Which is preferable? Ruskin senses a trap: but never a one to use two words when twenty would do, he replies along the lines of, I am really unable to answer your question which seems to me to require the skills of analysis for which I am not so well equipped as yourself Mr. Turner. Turner’s wearied glance unmistakably says get stuffed. (Spall can do a lot with a glance.) The boy’s mum, who is in the gathering comes to her son’s aid with more irrelevant waffle.

Cowper’s light never fails to surprise. But the surprise is quite studiedly not guaranteed. If it were, it could not surprise. The surprise is when and where you least expect it. The routine has no place in JMT’s voyage of discovery. The invitations to enter Turner’s Modern World comes to visitors to the exhibition, courtesy of Cowper’s light. (Apologies: I’m falling into the trap of sounding like Ruskin here.)

The glorification of war was a nineteenth-century sentiment. At least to begin with. It’s one of the distinguishing identification marks of all colonialists: Homeland knows best and gives best. In our own time it has popped up dominantly in both Brexit and Workers’ Rights debates. Wider still and wider, shall thy bounds be met and God who made thee mighty make thee mightier yet. What Fintan O’Toole has called Heroic Failure seen as the finest loyalty by England – but not Wales, Scotland, Ireland, and Cornwall (the Celts, each with their own language and culture). Never mind that Captain Scott didn’t arrive in Antarctica or Admiral Nelson died at the Battle of Trafalgar: they put up a damned good try!

JMT never bought into the heroic failure idea or the glorification of war. But from his earliest work to his latest, there is a fascination – perhaps better called obsession – with nature in all its grandeur and terror as well as its gentleness and beauty. The author of the free guide to the exhibition puts it this way: While earlier works glorified war, Turner’s later paintings revealed greater compassion for suffering and death among all sides and ranks.

This takes us to the heart of Turner’s religion. He had compassion for the poor and uneducated, just like the founder of Christianity. He obsessed for historical accuracy, visiting Egypt and India before he portrayed naval battles in those places. Venice with its mists rising and falling over rolling seas held a special fascination.

Nineteenth-century England had no middle class: it was all upper or lower. The Turners belonged to the bottom rung of the upper classes, not poverty but certainly not prosperity, at least not in his early life. Turner senior (a solid Paul Jesson) had no doubts about his son’s talents. The relationship between them is one of the joys of Leigh’s film. The boy’s mother died soon after childbirth. The barber shop in an alley was the first selling place of JMT’s youthful work. There is a blue plaque to mark this first shop in the East End. It’s touchingly modest. He was very quickly accepted at the Royal Academy.

Leslie Manville plays the most convincing part as Mary Somerville, the nineteenth-century’s most distinguished Scottish mathematician and scientist. Somerville College in Oxford is named after her. Her intellect and femininity are beautifully played as one. Modest but sure of herself. The Bank of England issued notes in her name, much as the Bank has recently given us a £20 note with young JMWT.

Ruth Sheen makes a dramatic entrance as the abandoned mother of JMW’s two daughters, who the artist refuses to recognise, much to their mother’s annoyance.

Young Turner may have treated his prostitutes roughly; that, in any case is the Leigh telling. But his most ‘wholesome’ rape is reserved for Hannah Danby – his housekeeper of forty years. Thoughtfulness is Hannah’s defining quality. That can be a difficult attribute to convey on film. Dorothy Atkinson is beautifully nuanced from start to finish. Much of her dialogue is in her expression. Or rather, rich catalogue of expressions, always, as befits Hannah, understated. She knows very well who JMW is, even though he introduces himself with another name. Is she overawed by him? She would be if she didn’t have such respect for his natural modesty: I know who you are but don’t worry Sir, I’m not going to tell. Would rich soup be all right for lunch? All conveyed superbly in Ms. Atkinson’s nonverbal delivery.

War at sea has come down to us with some of Turner’s best-known oil paintings. But as time went on, what Wilfred Owen would much later call the pity of war became the artist’s real focus: the senseless loss of young life appears in all its tragic gore.

In the meantime, back home was going through the Industrial Revolution. Steamboats appeared. Turner travelled on them. And painted them. Then with the steam train. But he had his doubts about steam power while being surprised at the distortions is gave to familiar sights. His doubts – always as important as his beliefs – put him among the earliest environmentalists, along with Blake. All the same, there is an element of death which is entering the equation here.

Still, JMW understood death in a way that Sigmund Freud was unable to understand it. He saw it as a friend.

Despite being offered millions for his life’s work, Turner politely refused the patron, explaining that he had left all his life’s work to the State with no payment coming to himself. However, there was a condition: the works must always remain together and never be on display separately. The government has let Turner down by failing to honour both conditions.

Turner’s Modern World is planned to be at Tate Britain until 7 March 2021. Admission free for Members and Guests. But booking obligatory for all. (Currently closed and for COVID-19 closure updates click here).