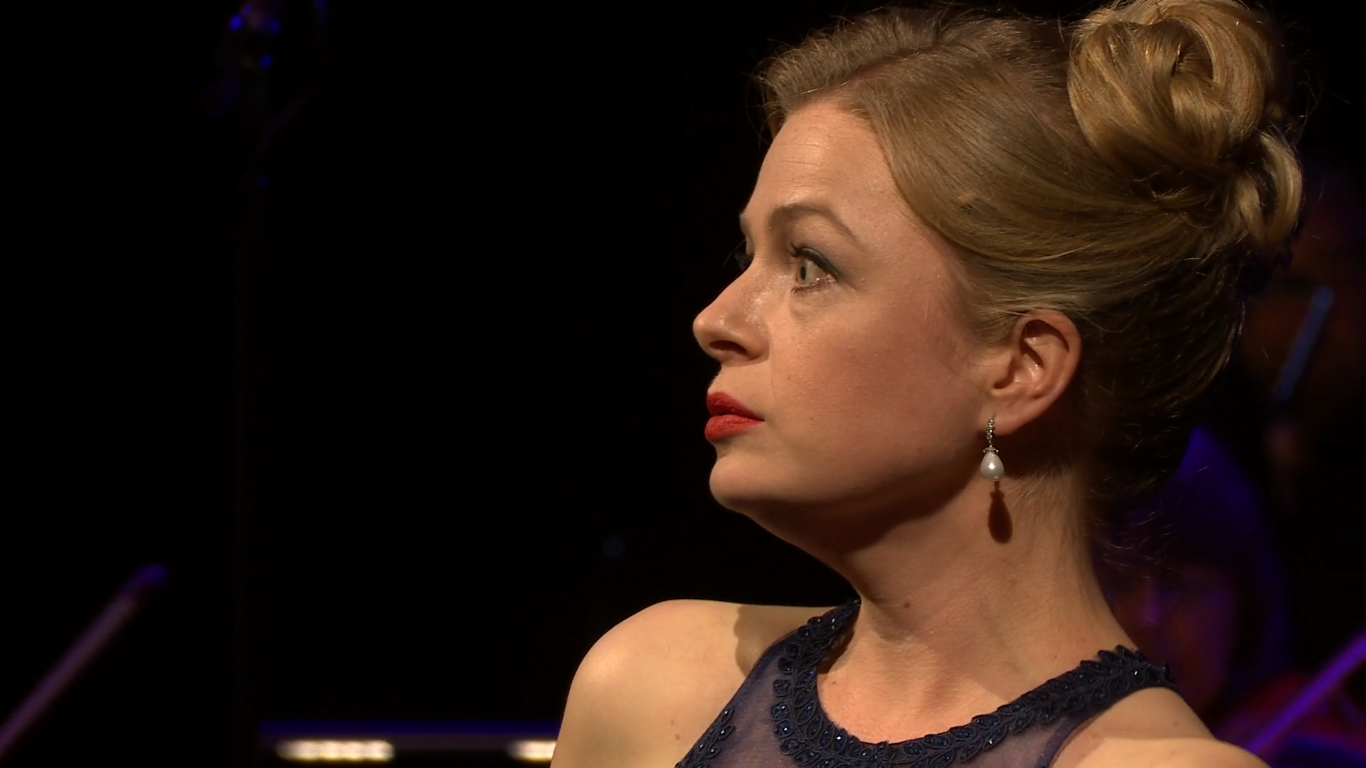 Marquee TV have streamed a very successful – if perfect in miniature – Mozart concert seen recently at Glyndebourne; though the audience there saw and heard even more from the composer than the powers that be thought we were able to sit through at home. We get all three Mozart arias from Siobhan Stagg – a stunning Australian soprano and a name new to me – and his ‘Jupiter’ Symphony but miss the Overture from Die Zauberflöte, Symphony No.17 in G major K129 and his Masonic Funeral March.

Canadian conductor Bernard Labadie – described ‘as one of the world’s leading conductors of the Baroque and Classical repertoire’ – looks to be a genial presence both on and off the podium and his introductions to what we heard were so fascinating and informative that I quote them at length without apology. Labadie began by saying how ‘Mozart’s concert arias are actually very rare fare in concert nowadays […] Many of them were actually intended to be inserted in other people’s operas. Some of them were written for specific purposes, like a gift or a special occasion with one of Mozart’s friends and there is a wealth of incredible music there […] The first aria we are going to hear is “Vado, ma Dove?” which is a very short affair and the reason it’s so short is that there is most likely a missing accompagnato aria which Mozart probably added at the very last minute so it’s not in the autograph, it’s only in the conductor’s score, the one who conducted the first performance of it.’

Full of praise for the 1789 aria – despite its brevity – Labadie said how ‘the Andante sostenuto section is absolutely heart-rending, incredibly beautiful melodies, super-simple, but can only be Mozart.’ We learnt how his 1781 ‘Misera, dove son!’ is ‘a rather early aria but extremely dramatic. Obviously Mozart has honed his skills and has the whole toolbox already in terms of drama. It’s basically a mad scene, but Mozart infuses it with incredible dramatic flair.’ The story behind ‘Bella mia fiamma, addio!’ is a fascinating one and Labadie told us how it was composed when Mozart visited the Dušeks, his friends in Prague in 1787 for the premiere of Don Giovanni, ‘Madame Dušek was a famous soprano, he had written music for her and apparently she wanted an aria from Mozart.’ He wasn’t that keen, so ‘She apparently managed to lure him into a little pavilion in their garden and so locked him up with paper and pen, asking him to write an aria for her and she had chosen a text.’ Cutting this captivating story short it seems ‘Mozart wrote the aria in a vengeful way’ and it was ‘more difficult than anything he had written before’. Eventually when let out of the pavilion he exclaimed ‘It’s yours, you have to be able to sight-read it perfectly the first time or I destroy it […] This is really music at a level that had very rarely been heard before.’

Siobhan Stagg’s operatic renditions of these so-called concert arias were remarkable for the depth and emotional range she displayed visibly and vocally: hers is a technically secure, remarkably pure soprano that is often capable of spinning a gossamer web of sound. This being Mozart any dramatic conviction must come from the soloist’s expressivity, attack and willingness to respond to the mood of each aria, and this Stagg did splendidly. ‘Vado, ma Dove? Oh Dei!’ (I go, but where? O gods!’) was short – and typically Mozartian sweet – focussing on the words ‘If heaven feels no pity for his torment or my sighs’. All the remarkable qualities of Stagg’s voice shone in the ‘mad song’ ‘Misera, dove son!’ (‘Alas, where am I?’) which veered from tenderness to more furious passages that tested the upper reaches of her voice (a challenge the soprano easily overcame) as she sang the lines from ‘What dreadful images! Such memories, such suffering’ through to ‘The cruel heavens care nothing for my pain’. Much the same was needed from Stagg during the vengeance (in apparently many ways!) aria ‘Bella mia fiamma, addio!’ (‘My beautiful beloved, farewell!’) from a wonderfully soft ‘Remember me’ to her rapid ‘Come, may vengeance be swift’ which took what she sang into Queen of the Night territory.

Stagg was greatly helped by Labadie and his accomplished small Orchestra of the Age of Enlightenment ensemble. We bathed in the warm wind colours Mozart employs and throughout there was an impeccable feeling for phrasing and the underlying rhythmic pulse of the arias (and the following ‘Jupiter’ Symphony of course).

Mozart’s 1788 symphony is for Labadie ‘the symphony from the eighteenth century. It is Mozart’s last, it’s Mozart’s grandest, it’s Mozart’s – at the same time – most complex and most radiant. The nickname “Jupiter”, the moniker “Jupiter” came later it’s not his, but I think it describes the piece very, very well. It has a god-like greatness in the shape, in the architecture.’ The conductor continuing about how ‘in an incredible fireworks display of skill, at the end he just throws everything in the ring at the same time […] You have the feeling that the next symphony which will be written by a great composer will already belong to a different world and for me it leads directly to the beginning of Beethoven’s First Symphony which is also in C major, the same key.’

The playing of the OAE was totally accomplished (who would expect less from the 48 listed in the credits?) and as this was my first hearing of this work, I can only give my brief observations. The first movement (Allegro vivace) was lively and spirited, the Andante cantabile had an odd underlying spookiness (Don Giovanni again?), the (familiar?) Menuetto was suitably jaunty, and the concluding Molto allegro showcased the crisp tone and consummate articulation of the valveless brass to reveal in all it glory Mozart’s contrapuntal mastery during his resplendent final movement. It begins in stately fashion and ends in definitely the grandest of grand finales, and perhaps one of the sunniest (matching what was projected on a screen behind the orchestra). There were so many wonderful solo contributions that it is invidious to single anyone out but catching the eye and ear were Margaret Faultless (leader), Lisa Beznosiuk (flute) and Adrian Bending on timpani.