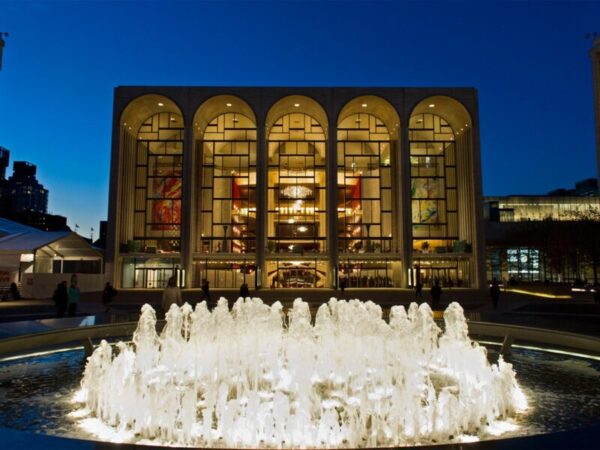 The Metropolitan Opera announces the most new productions in ten seasons, featuring the world-premiere staging of The Hours, the company premieres of Champion and Medea, and four more: Fedora, Lohengrin, Don Giovanni, and Die Zauberflöte.

Ten operas will be transmitted live to cinemas across the globe as part of The Met: Live in HD series

‘Our 2022–23 season picks up where we will have left off at the end of the current season, with more new productions and more Met premieres than in recent decades,’ said Met General Manager Peter Gelb. ‘Our lessons learned during the two years of the pandemic are that the future of the Met, and of opera, rely upon ceaselessly breaking new and diverse artistic ground. It’s our path forward.’

‘Developing and conducting new opera is one of the great thrills of my role at the Met,’ said Jeanette Lerman-Neubauer Music Director Yannick Nézet-Séguin. ‘I can’t describe how artistically gratifying it is to collaborate with living composers, and how important it is to prioritize music of our time. I look forward with great excitement to focusing on the three new productions I’ll be conducting next season, along with the classic Franco Zeffirelli production of La bohème, which I’ll lead for the first time.’

The Metropolitan Opera Eric and Dominique Laffont Competition serves to discover promising young opera singers throughout North America and assist in their artistic and professional development. More than 1,000 applicants participate in a series of auditions leading up to the Grand Finals Concert, which will be held on April 23, 2023, featuring the Met Orchestra. The finalists will compete for cash prizes and the chance to launch a major operatic career.

The Met: Live in HD

Within months of their initial live transmissions, the Live in HD programs are shown on PBS in the United States. The PBS series Great Performances at the Met is produced in association with PBS and WNET, with support from Toll Brothers, America’s luxury homebuilder®.

The Met’s HD Live in Schools program, which brings the Met’s live HD transmissions to 59 school districts in 45 states across the country, will continue in the 2022–23 season. Live cinema transmissions of Medea (October 22, 2022), The Hours (December 10, 2022), Champion (April 29, 2023), and Don Giovanni (May 20, 2023) will be included in the program, as well as curriculum for Rossini’s comic opera La Cenerentola. Met Education will also continue to provide access to Met Opera on Demand for all students and teachers. The National Educators Conference, a professional development initiative that brings together teachers and administrators from across the United States and has been hosted virtually the past two years, will return to an in-person conference at the Met.

Back by popular demand, Met Education will host its third virtual Global Summer Camp for two weeks in July. The summer camp offers a range of free online activities that are led by educators and Met artists. More than 4,000 students in more than 70 countries have participated in the Global Summer Camp. Programming will be announced at a later date.

The Met on the Radio and Online

The Met’s 92nd consecutive Saturday Matinee Radio Broadcast season begins December 10, 2022, with the network broadcast premiere of Kevin Puts’s The Hours and runs through June 10, 2023, concluding with Wagner’s Der fliegende Holländer. The broadcast season will once again be heard over the Toll Brothers–Metropolitan Opera International Radio Network. Debra Lew Harder returns as host and Ira Siff returns as commentator for the broadcasts. The Metropolitan Opera Saturday Matinee Radio Broadcast series will be sponsored by Toll Brothers, America’s luxury homebuilder®, with generous long-term support from the Annenberg Foundation and GRoW @ Annenberg, The Neubauer Family Foundation, and the Vincent A. Stabile Endowment for Broadcast Media, and through contributions from listeners worldwide.

Metropolitan Opera Radio on SiriusXM Channel 355 will present its 17th season as the country’s premier subscription radio channel dedicated to opera. Up to three live performances will be broadcast each week during the season, hosted by Debra Lew Harder with commentator William Berger, as well as historic broadcasts from the Met’s vast collection, stretching back to 1931. The channel also features lively interviews and previews of upcoming Met performances. The live broadcast season begins with the Met’s Opening Night performance of Medea on September 27, 2022. Metropolitan Opera Radio on SiriusXM is available to subscribers in the United States and Canada.

The Met’s exclusive streaming service now features more than 790 full-length Met performances, available worldwide on multiple platforms that include computers; Amazon Fire TV and Tablet; iPad, iPhone, and Apple TV; Android; Roku; and Samsung Smart TV. The Met Opera on Demand library includes more than 135 presentations from the Live in HD series, as well as more than 80 classic telecasts and more than 550 radio broadcasts dating back to 1935

Met Opera on Demand: Student Access allows university and college libraries to make this digital resource from the Met accessible to their student populations. Now in its ninth year, Student Access is currently available at more than 160 schools around the world.

The Met’s Lindemann Young Artist Development Program will continue to nurture and develop great operatic talent under the leadership of Artistic Director Maestro Nézet-Séguin, Executive Director Melissa Wegner, and Head of Music Myra Huang. Nine current Lindemann artists will return next season, and the complete roster of 2022–23 artists will be announced later this year.

Our top priority is the safety of the Met audiences, artists, orchestra, chorus, and staff. In consultation with medical and public health experts, the Met has implemented a mandatory vaccination policy for audiences, who are asked to show proof of vaccination upon arrival at the Met. In addition, the Met requires proof of a Covid booster shot for all those eligible to receive it. Those not yet eligible will be able to continue to enter, provided that they are two weeks past their second dose in a two-dose vaccine series or two weeks after receiving a single-dose vaccine. All artists, orchestra, chorus, and staff are required to do the same. In compliance with the CDC guidelines for fully vaccinated individuals, the audience will be at full capacity. At this time, all audience members must wear face masks at all times inside the Met, except when eating or drinking in designated areas. Please check the Met Opera website (click here) for the most up-to-date health-and-safety requirements.

New in the 2022–23 season, single-ticket buyers and subscribers may now exchange their tickets online. Exchanges may also be requested by calling Met Customer Care at 212.362.6000 or visiting the Met box office. The Met’s ticket policy has also been updated to include flexible exchanges for all ticket buyers, including single-ticket buyers, and handling fees have been removed. If a ticket buyer is unable to attend a performance for any reason, the buyer will be eligible for a complimentary exchange into a future performance. Exchanges may be requested up until the performance curtain time, and ticket buyers will be asked to pay the difference in price should the replacement performance ticket price exceed that of the original ticket.