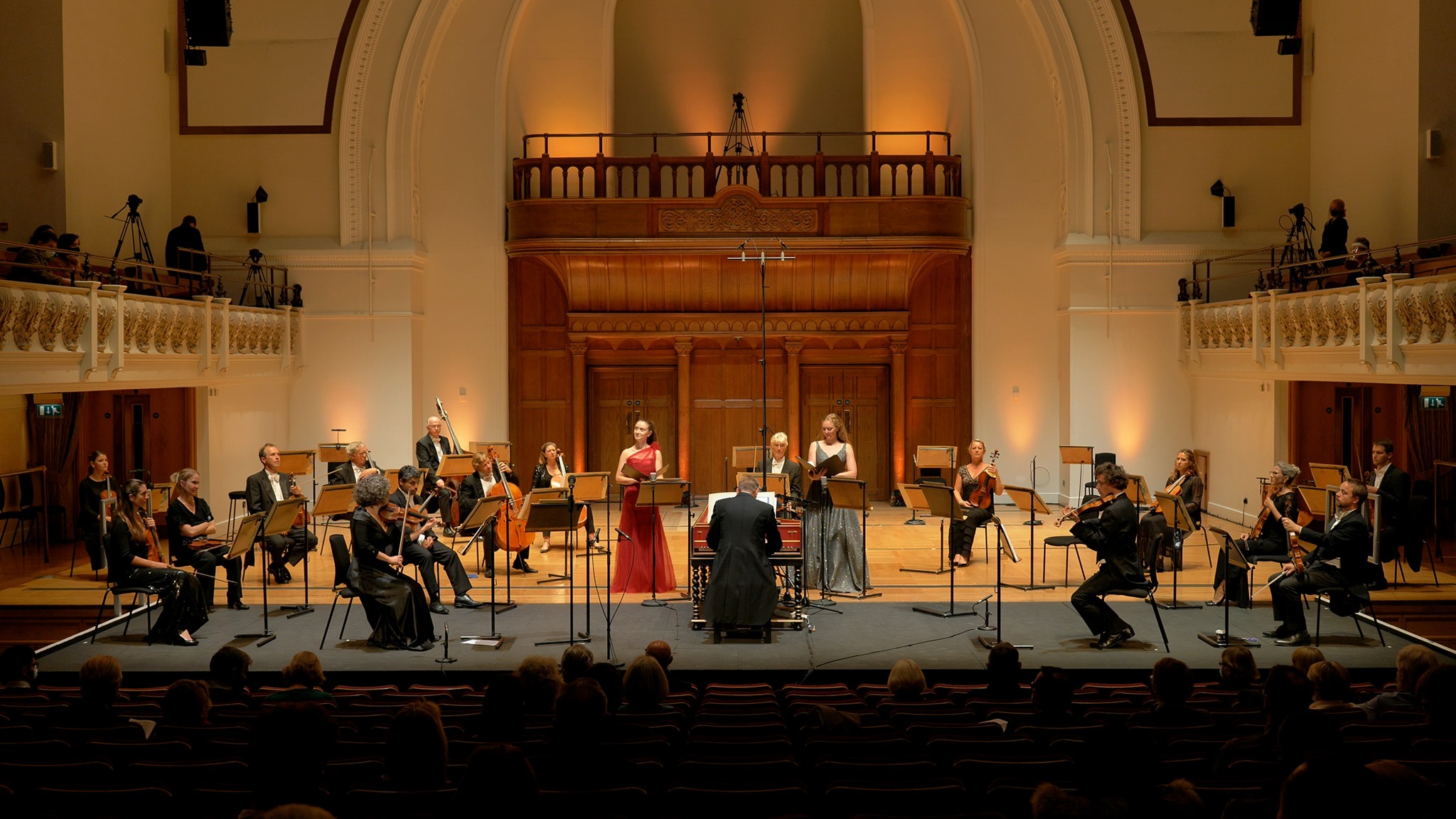 The name of Raymond Leppard (11 August 1927 – 22 October 2019) is, for many of us of a certain age, inextricably linked with the English Chamber Orchestra and performances of Baroque music.

The concert began in an age-old tradition, with a performance of ‘God Save the Queen’ in a decidedly Baroque-stately form. An Orchestra of the Age of Enlightenment Rising Star, the British mezzo-soprano Bethany Horak-Hallett gave a tender performance of ‘Tristes apprêts’ from Rameau’s Castor et Pollux: slow, concentrated, beautiful, the perfect opener

The Rameau was actually a preface, too, for Dame Janet Baker’s speech for Raymond Leppard. Baker of course has many wonderful memories of ‘Ray’ and the ECO; Dame Janet gave a tender, considered and heartfelt appreciation from the heart. Lovely to hear her story about Leppard’s doubts about a position with the BBC Northern Symphony Orchestra (as was) and how Dame Janet resolutely encouraged him to accept; she spoke glowingly, too, of a performance there of Mahler’s Das Lied von der Erde. She described the sound Leppard created from an opera pit as an inspiration: ‘We singers loved it, and so did the audience’. Then, Leppard’s move to the USA, as he followed his star, as Dame Janet put it, a move that resulted in his appointment at Indianapolis. We remembered also Leppard’s revival of Cavalli (he was after all a scholar as well as a performer). How perfectly chosen, then to hear the Monteverdi duet ‘Chiome d’oro, bel thesoro’ (1619, from the Seventh Book of Madrigals) in which Horak-Hallett was joined by the beautifully fresh voice of British-Australian soprano Lauren Lodge-Campbell, an alumna of the Guildhall School  of Music and Drama, and a prize winner in the 2018 Handel Singing Competition. The two voices were perfectly chosen, and balanced, and ideally matched by the sprightly contribution from the ECO (including fabulous antiphonal violin contributions).

Bach’s Brandenburg Concertos have a special resonance in this context for many enthusiasts who were, like me, raised on the Philips gatefold LP set of Leppard and the ECO’s complete set. At the Cadogan Hall, there was a dream line-up of soloists, Neil Brough fully able to negotiate the tricky (that’s an understatement) trumpet part. A modern instrument performance, maybe, but one with such style, panache, and attention to small detail that it was impeccably convincing. How well controlled, too, the slow movement (particularly those tricky low oboe notes from John Roberts) and how joyous the finale, with its high-lying trumpet pipings (the surprise, subtle tail off at the end worked perfectly).

James Sherlock offered a short talk as the stagehands did their thing, announcing a change to the programme. Leppard left over 80 recordings with the ECO. He also championed  English music abroad, and so the next piece (the programme order had changed) was Vaughan Williams’s The Lark Ascending (we heard the twelve lines of George Meredith’s poem that the composer writes above his score), then James Sherlock’s own lockdown arrangement of ‘Greensleeves’. Stephanie Gonley’s violin soared, dipped, and dived with an astonishingly sweet tone in the Vaughan Williams, free yet full of a sense of longing, while Sherlock ensured the orchestra’s chords glowed radiantly from within. The melodies enjoyed plenty of space to stretch without any sense of lethargy, a beautifully judged account. James Sherlock’s arrangement of ‘Greensleeves’ seemed the perfect prolongation.

Amazingly, there is a recording of Mozart’s ‘Exultate, jubilate’ with Dame Janet Baker (Baker was a mezzo of course, and her performance is notable for its sense of pure vocal freedom and joy; Leppard also recorded it with Elly Ameling). A request for silence to remember Leppard, or indeed loved ones in a moment of silence before the final Monteverdi, made perfect sense. It was Lauren Lodge-Campbell who took on the glorious vocal line of the Mozart, her freshness and flexibility ideal: this was the very spirit of youth and with a lovely sense of agility. Not to mention the remarkably pure intervals, particularly in the vocal cadenza. She also has the smooth legato for ‘Tu virginum corona’ (remembering ‘corona’ actually means ‘crown’). Perhaps the final “Alleluia’ was just a touch under voltage, but there is no doubting Lodge-Campbell’s radiance in this music.

Dido’s Lament included the preceding recitative (‘Thy hand, Belinda …’) taken slowly, every work clear and relished by Horak-Hallett. The Lament proper found the strings working towards supporting the big G natural on ‘Remember me’. A wonderful idea to have silence for reflection thereafter, out of which came the magnificent duet ‘Pur ti miro’ from Monteverdi’s L’incoronazione di Poppea, the delicious clashes relished to the full, the end hanging in the charged air.

A great tribute to Leppard, the repertoire perfectly fitting, the performances shot through with affection both for the subject and the music itself.