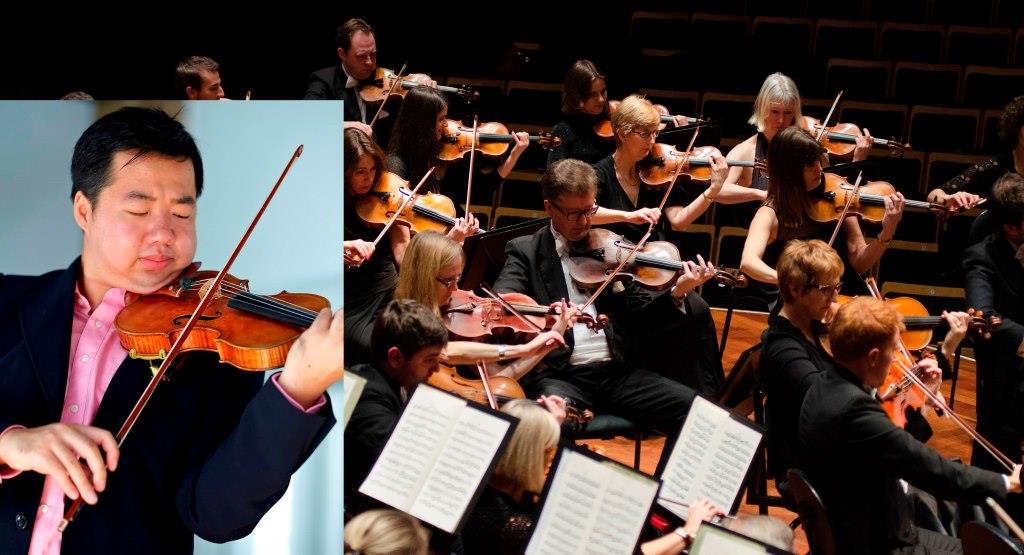 Dvořák – Symphony No.8 in G major

In my review of the Bournemouth Symphony Orchestra’s (BSO) previous visit to Plymouth, I made mention of an odd fact. The city is virtually twice the size of Exeter, Devon’s county town, but it still enjoys just two visits a year from the Dorset-based regional orchestra, while Exeter revels in over three times as many. There are, no doubt, reasons why this should be so. The two visits Plymouth now receives are a decided improvement on an interim period when the orchestra almost seemed to avoid the largest city in the South West altogether. On the previous occasion, the BSO played to a large and welcoming audience, and on this latest visit to a capacity one. That would certainly suggest that the city is at least ready to support more than just two concerts per year. It was also very heartening that BSO Chief Executive Dougie Scarfe had travelled down with the players and was able to give some positive words of encouragement to the auditorium prior to the performance.

The BSO’s previous foray to the Guildhall had been advertised as Smooth Classics. That, as I commented at the time, is very much in the spirit of the orchestra’s Principal Media Partner, Classic FM. The present programme, now entitled Natural Beauty, again accorded well with the general ethos of the UK’s leading independent purveyor of classical music on air. It did exactly what it said on the tin – wall-to-wall melody and lush romantic harmony. Except perhaps in the case of the closing symphony, Dvořák’s Symphony No.8, slightly less well-known than the ubiquitous ‘New World’ Symphony No.9, each work was also one of the most popular in its respective genre.

Give me Beethoven’s Egmont or Glinka’s Ruslan and Lyudmila Overture, and I am set fair for whatever comes next in any orchestral concert. But I have never felt the same way about Mendelssohn’s equally popular Hebrides Overture. Perhaps it is because it took the composer some three years to complete, while he sought to reconcile romantic tone-painting with the exactitudes of classical sonata-form; or maybe because, once he caught sight of Fingal’s Cave on the uninhabited Hebridean island of Staffa, he came up with the idea of an evocative concert overture, and immediately jotted down its famous opening theme. However, the ensuing musical seascape firstly started life as an anonymous Overture in B minor, then switched to The Lonely Isle, before arriving at the title we know it by today. I have yet to discover the location for myself but suspect that the sea has more than just the relatively gentle swell that Mendelssohn’s music tends to suggest. Indeed, while the composer took the then newly-introduced paddle-steamer service to sail round Mull, calling at Iona and Staffa, despite it being early August, the day was decidedly wild, and all the passengers were ill.

Irrespective of personal likes and dislikes, conductor Michael Seal crafted a beautifully-shaped performance of the Hebrides Overture. It was more about colour and light than the movement of the sea itself. The recapitulation of the second subject on clarinet was a truly magical moment. The hushed playing from the rest of the orchestra allowed the solo instrument to soar effortlessly above. Elsewhere, there was still more than sufficient power in reserve, when called for, from the composer’s favoured scoring of double woodwind, horns, and trumpets, but without trombones. That I can now consider Mendelssohn’s overture in a somewhat better light, is clearly a tribute both to players and conductor alike.

Brahms’s Violin Concerto ranks as one of the all-time greats. Sometimes, for that very reason, it can be more difficult for the performer to bring something new to the table. Since leaving his native China, violinist Ning Feng has made Berlin his base, where he is ideally situated to play with all the top European Orchestras, while also able to perform globally. Probably the most immediately striking aspects of his Brahms performance, which, coincidentally, was premiered in Leipzig, less than 100 miles (ca 160 km) as the crow flies from Berlin, was the immense power and gloriously rich sound he produced from his instrument. Yes, he plays on a 1721 Stradivari, known as the ‘Macmillan’, which has to be factored in. But his sensitivity overall – from the loudest fortissimo to the most intimate pianissimo – was frankly one of those rare moments in life, when you literally have to pinch yourself to check that it is not all part of some fantastic musical dream.

Unlike a piano concerto, where the soloist has a reasonable chance of competing, volume-for-volume, with the orchestra, a solo violin just does not have that luxury. While Brahms’s orchestration is quite masterful, and always mindful of not overpowering the violin, with lesser players the conductor still needs constantly to monitor the overall balance and adjust where necessary. Seal was ever vigilant in this respect, but Ning Feng singlehandedly held his own throughout. He produced a rare live performance that could otherwise only be balanced by a sound engineer in front of a studio mixing desk. From the breath-taking opening double stops, the agility and accuracy of the cadenza, the lyricism of the slow movement – enhanced by some delightful contributions from the wind players – to the real panache of the Gypsy-style Rondo, and its even more exciting coda, this performance was up there with the very best. While we are not able to hear the concerto’s dedicatee, Joseph Joachim, premiere the work back on New Year’s Day, 1879, Brahms must surely have been up there nodding with equal approval at Ning Feng’s quite superlative rendition.

It was most fortuitous that, after being treated to such brilliant playing, the ensuing interval at least gave the audience some time to regain their composure, in readiness for Dvořák’s Symphony No.8. In fact, it provided the perfect close, picking up on the Hungarian Gypsy-feel of the Brahms Concerto finale, though now transporting us to the beauty of the not-too-distant Bohemian countryside, in a symphony often nicknamed as the Czech composer’s ‘Pastoral’. Perhaps, because of its rhapsodic nature and lesser reliance on the classical symphonic tradition than the ‘New World’, the Eighth Symphony is not always quite as easy to bring off in performance, despite its natural impression of continuity. However, once again Seal drew a totally sympathetic performance from his players, faithfully addressing every emotional nuance in the composer’s score. He held the listener’s attention from the very first bars to the work’s exuberant conclusion. Again there was some most accomplished work from the woodwind, both solo and combined. The substantial, immensely secure backbone provided by the BSO’s excellent strings, led by Amyn Merchant, was particularly effective in creating the characteristic waltz-like sweep of the third movement. Realistically, though, the brass had the final word, and stepped up with real panache and a welcome element of humour, where appropriate.

Just one issue, especially from those who had chosen to sit close to the action. The two lighting gantries, which had been erected on either side of the stage, were quite blinding, and made looking at the performers uncomfortable at times. Despite this minor concern it was a great evening.