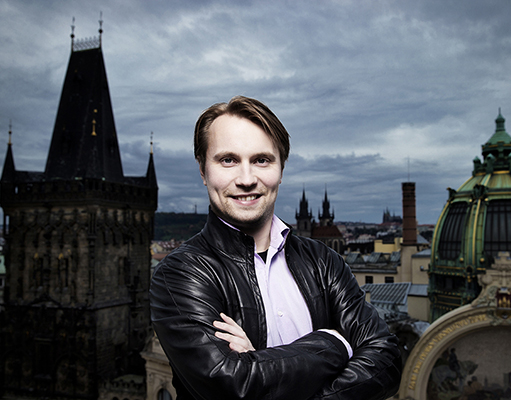 Mahler’s Third is his longest symphony, clocking in at well over an hour and a half, and this alone is probably sufficient to account for its relative rarity in the concert hall. It may not make such extravagant demands in terms of personnel as the Second or Eighth with their massed choral forces, but it does require the services of a contralto soloist as well as no fewer than two choirs – one of female voices, and one of children’s voices specified in Mahler’s score as a ‘Knabenchör’ but in today’s more equality-minded age open to girls as well as boys. Those choirs appear in only one movement for a total of a mere five minutes or so. Under the circumstances, it was an act of conspicuous courage for the Prague Symphony Orchestra in their current tour of the UK to schedule no fewer than five performances of the massive score, with the orchestra in each location accompanied by locally assembled choral forces. This must have been a logistical nightmare; interestingly, for the scheduled performance in Gateshead there has been an online appeal for local singers to join specifically for the single occasion. If the results here were not altogether satisfactory, they were nonetheless impressive.

The symphony itself may have established itself in the repertoire – at least in the context of complete cycles on disc and in live programmes with wealthier orchestras – but it remains clearly difficult to play. Some five years ago, I reviewed for this site a recording of the first professional British performance conducted by Jascha Horenstein in 1961. It was riddled with errors of all kinds, both in terms of balance and simple mistakes by individual players. The Prague Symphony players showed no evidence of any problems of that kind. Even the notoriously difficult extended opening statement by the eight unison horns (a danger-point when a solitary blip from a single player can so easily derail proceedings) was assured and confident. I liked, too, the slightly Slavonic tinge to the horn tone, rare in these days when so many orchestras tend to aim for a more ‘international’ timbre. The only point in the first movement when the players seemed to be over-cautious was in the rapid uprushing cello and bass lines which Mahler requests in the score should be ‘Wild’ but which were here slightly too precise and careful. Elsewhere the playing was magnificent, with a stentorian trombone solo and a perky piccolo clarinet. Pietari Inkinen sustained the long span of the movement, including Mahler’s paradoxical instruction that ‘strict continuity of tempo is to be maintained’ despite continual changes of mood and pace, in a manner that avoided the episodic effect that can sometimes arise.

There was no interval in the concert, and after a fairly brief pause we continued directly on to the remaining five movements. The minuet was beautifully delivered, insouciant and almost sly at the beginning, and fluttering nervously during the central section; the animalistic scherzo which followed had all the cheeky woodwind detail that one could desire. The posthorn solo in the central section was taken properly by a trumpeter isolated at the rear of the auditorium, but the resulting balance was much too ‘present’ for the audience in the hall, hardly beginning to hint at the effect of distance which Mahler so urgently demands. Similarly, as indeed elsewhere, the torrents of harp glissando towards the end were almost totally submerged beneath the surges of the orchestral tutti in a manner that betrayed a lack of experience in the acoustic of this sometimes-quirky hall. That this was a momentary lapse was demonstrated by the superb delivery of Mahler’s many isolated passages for solo violin, forwardly and trenchantly played by Hiroko Takahashi .

The balance was also excellent for the solo singing of Ester Pavlů in the setting of Nietzsche’s Midnight Song. Her creamy voice soared in the higher phrases and was resonantly firm in the repeated low notes on the word ‘Tief’. I was grateful too that the rising oboe thirds, marked by Mahler as ‘wie ein Naturlaut’ were not subjected to the supposedly characterful but inelegant glissandi which mar some interpretations of the notes. Unfortunately, however, the following angelic scherzo movement was not conspicuously successful, despite a characterful contribution from the orchestra and the continued excellence of Pavlů’s delivery. In the first place, the children’s choir and the bells, which Mahler asks to be placed ‘in der Höhe’ and clearly expected to be antiphonal to the women’s choir, were totally integrated with the onstage forces, and the bells specifically marked ‘nicht ein Octave höher!’ were precisely that. The resulting balance meant that the women’s chorus, already dangerously small in number, were required to force their tone (with results that sometimes pushed their intonation sharp), and were totally unable to differentiate their volume with hardly any diminuendo in the final bars from forte to ppp as marked. Perhaps more time for rehearsal with the orchestra might have helped; I presume opportunities were restricted. Incidentally, Timothy Dowling’s informative programme notes provided the texts (and translations) for the Nietzsche setting but not for the Des Knaben Wunderhorn verses.

The performance redeemed itself in the final slow movement, which can sometimes seem to be over-indulgent and self-pitying in some performances. Inkinen obtained just the right sense of inward stillness at the beginning, with superbly rich string playing, but kept the music moving just sufficiently to prevent it from becoming becalmed; and the sense of triumphant affirmation towards the end was marvellously conveyed. I have heard performances of the symphony where the final thudding unisons from the two sets of timpani are deliberately subsumed into the texture, but here they were given the right sense of prominence that Mahler specifically requested. Yet, the fact that the two players were positioned side by side robbed the writing of the composer’s apparent wish for antiphonal passage of the rolls from one set of instruments to the other.

Despite my occasional reservations, this was an extremely good and indeed thrilling account of a score whose complexities are always likely to militate against an ideal performance, especially under live conditions. The first performance in the orchestra’s UK tour in Basingstoke is already past, but I would recommend readers in the appropriate locations to attend later performances in the Usher Hall, Edinburgh (10 November), Cadogan Hall, London (12 November) or the Sage, Gateshead (14 November) with different choral forces but the same conductor, orchestra and soloist.