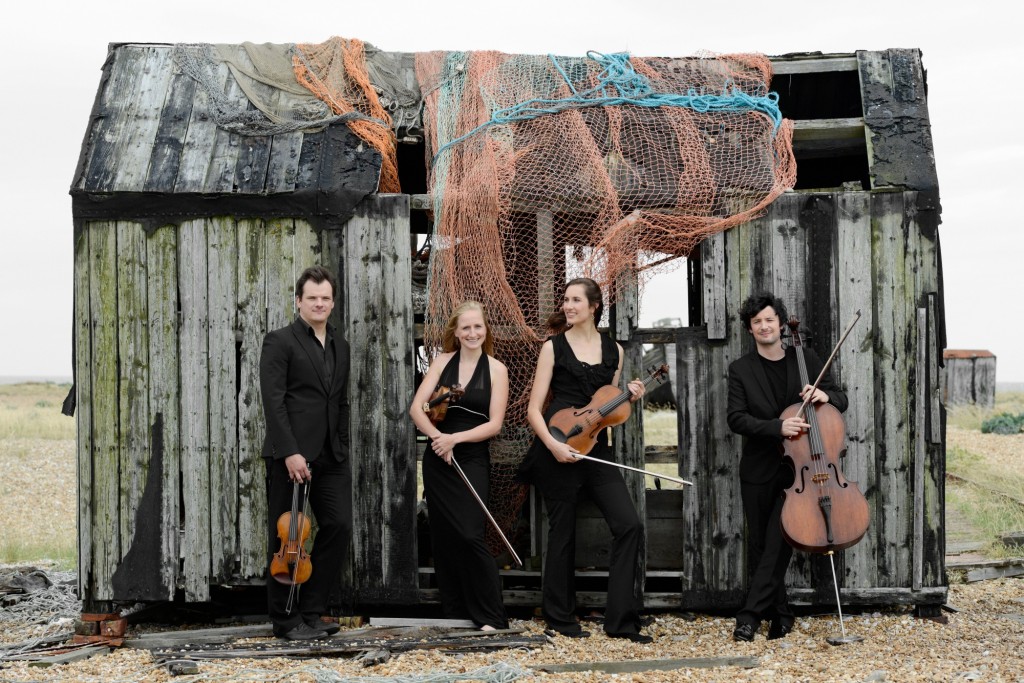 I’ve been attending concerts at Lake District Summer Music for well over a decade and have always been drawn to the chamber music concerts, in particular string quartets, regarded widely as one of the most intimate of music genres. The festival concert that stood out was a recital given by Navarra Quartet whom I first saw perform so memorably quite soon after its founding in 2002 albeit there have been personnel changes. Thankfully the sweltering heat of St. Thomas’s Church, Kendal didn’t seem to affect the tuning of the instruments adversely. From where I was sat it proved an agreeable acoustic producing a beautifully rich tone for the viola and cello with the violins prospering slightly less.

Spanning a period of over two-hundred years Navarra’s programme was a clever combination of traditional Austro/German repertoire by Haydn and Schubert bookending one of the finest twentieth-century works from the pen Britten. Maintaining a commonly held recital practice, the recital opened with a work by the ‘father of the string quartet’ Haydn’s String Quartet No.2 in C major from the Op. 20 set known by the sobriquet the ‘Sun’ Quartets. It wasn’t long before I was reminded just how daring in character these quartets were in their day and often how modern they still sounded. Cellist Brian O’Kane clearly relished the prominent part that Haydn had written for his instrument. Cultured and technically adept Navarra brought out the radiantly, warm-hearted character of Haydn’s score which deserved nothing less.

It’s a while since I’ve heard Britten’s String Quartet No.3 in recital. Written close to the end of his life it’s regarded as the stricken composer’s swansong; his final completed work. Undoubtably one of Britten’s finest works the Navarra performance reminded me just how worthy is its place in the quartet repertoire. Compared to other groups I’ve heard a reduced level of austerity and desolation in the score came at the expense of polished technical detail, but the experience was still absorbing. In the final movement Britten’s use of the recognisable motif Aschenbach’s ‘I love you’ from his opera Death in Venice repeatedly heard in various distorted forms would have benefited from greater accentuation.

After the interval I wasn’t particularly comfortable to be sat in what was now relative darkness, but it didn’t seem to bother my guest. It made a refreshing change to hear Schubert’s String Quartet No.15 often overlooked in favour of the almost inevitably encountered quartets Death and the Maiden and Rosamunde. This immense work that can take more than fifty minutes to perform is a score which seemed to suit Navarra down to the ground who in the symphonic dimension of the writing achieved the dense texture and required shifts of mood so persuasively. Ideally in the Mendelssohnian Scherzo additional elfin-like humour wouldn’t have gone amiss. Striking was the level of concentration and remarkable unity Navarra achieved in this often unsettling, frequently impassioned music. It would be remiss not to mention Magnus Johnston who maintained effective and uncomplicated leadership all evening.