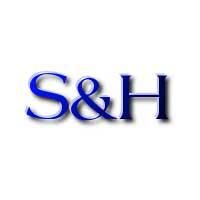 This is the eighth year of English Music Festival so, as festivals go, this one is comparatively youthful. Young it may be in years, but it has long been mature in attainment.  Its late-May slot has quickly become a fixture the details of which are awaited each year with excitement. Will expectations be met in 2014 – the year that sees the centenary of the start of the Great War?

The Friday talk and concert in Dorchester Abbey serve traditionally as both the overture to the Festival and an emphatic assertion of confidence.

The talk was given by Andrew Neillat the Gilbert Scott-designed Village Hall; the very same Scott who had lavished dedicated years on the Abbey where most of the Festival’s concerts take place. Neill’s talk, The Glory that shines upon our tears – Music and art in the First World War ranged far and wide. It was illustrated with excerpts from recordings and the visual art of the era and of the years that looked back to and forward from 1914-18. It is good to be reminded that the art of that era served many masters – consolation for loss, jingoistic confidence, bitterness, patriotism. The art of the Great War continued and perhaps gained more momentum after 1918 up to the start of the next war and beyond (Britten) than during the four war years themselves.

The composers and poets we heard from included more who survived the war – more or less harmed by it – than who died during it. Mr Neill touched on universal issues around war and even included an extract from Shostakovich’s ‘Leningrad’ Symphony which fitted well with the on-screen slides of ravaged trench war landscapes from the likes of Nash and Nevinson. The two images that specially caught my attention were a hellish ditchscape by the French soldier artist, Leroux. This was contrasted with Nash’s stunningly ‘big sky’, picture not of a battlefield but of an English landscape with a distant copse centre-left and a speckle of birds grouped and scattered both high in the sky and around the trees. The Leroux also reminds me that although this was indeed the English Music Festival, Mr Neill referenced the fact that this was a world event with mentions of Ravel, Granados and the one German fatality we hear about, if at all, Rudi Stephan. We hear much about the slain poets and composers of the British Isles but the way remains open for a documentary and study that also tells us about the dead, damaged and surviving of all countries, including combatants from Germany and Turkey.

This was the first of four EMF talks; the others will be given by Stephen Lloyd and Katherine Hudson on Norman O’Neill, Angela Aries and Lewis Foreman on Armstrong Gibbs and William Snedden on Bliss’s music for the film Things To Come.

For seekers after the currently peripheral in British music this concert was heaven-sent. It sported no fewer than four world premières among the six items performed. The least unfamiliar work was the Moeran violin concerto and that’s hardly a repertoire piece despite its clamant virtues. We started off with the accustomed orchestral and audience participation in the annual rite that is Parry’s Jerusalem.

Boughton is a fascinating character with a life history of real allure and a repertoire of wide imaginative reach. Concertos, ballets, symphonies, chamber music, piano solos, songs and choral pieces all flowed from his pen. Then there are the operas of which The Queen of Cornwall strikes me, from the few I have heard, as the most impressive. It is indeed glorious at times. Try the recording on Dutton Epoch (2CDLX7256). The Immortal Hour – his major success – is to be revived in London in August this year. MusicWeb’s own John France, in the capacious and inexpensive programme book, tells us that there are four surviving tone poems. Three of these have been recorded by Dutton. The fourth, Troilus and Cressida (1902) was heard at the concert. It runs for about a quarter of an hour and is a sumptuous piece rather in the mould and manner of Tchaikovsky’s Hamlet or the tone poems of Edward MacDowell. It is transparently laid out and never sounded clouded or fatiguing. After some passionate music it ends bravely on a seemingly disillusioned downbeat: no thunder and crowd-pleasing here.

The Moeran is one of the few slow-fast-slow schemed 20th century violin concertos. The only other I can instantly think of is the Delius – a composer revered by Moeran and whose passing Moeran marked with the ineffably beautiful Nocturne to words by Robert Nichols. Soloist Rupert Marshall-Luck demonstrated his usual richly-endowed tone – nothing slender about it: it’s more Campoli than Neaman; more Haendel than Chung. He was partnered by an orchestra that was well on top of the score, even in the great spaces of the Abbey. Those very spaces brought out the modest orchestral role and especially the voluptuous clarinet sound and the rapturous slowly hallooing French horns; the latter such a Moeran trade-mark. Martin Yates did great work in a reading that dwelt tenderly on the poetry of this poetic work and would not be rushed. A lovely work, then and can the pre-echo of the Prelude to The 49th Parallel in the finale (Vaughan Williams’ film score) be entirely coincidence? Surely Vaughan Williams must have heard the Moeran première and the great landscape theme in the finale of the Moeran left its gloriously stately and heartbreaking impression. Speaking of later works by Vaughan Williams, another episode in the Moeran seems to predict the long-breathed piacevole theme from the first movement of the Sixth Symphony – even down to the unhurriedly ushering harp pulse. Marshall-Luck made the short cadenzas interesting and integral rather than showy and grafted on. In the first movement the momentary reminiscences of Scheherazade were there to hear. The afternoon’s rehearsal had lavished time on the tricky fireworks of the middle movement which came across as both spectacular and substantial on the night.

After the interval came Burley Heath and Harnham Down from 1902-3 They are movements from Vaughan Williams’ Four Impressions – The New Forest. We heard The Solent at last year’s EMF. The other two movements heard here are, for me, of a piece with The Solent – all saturated with the warmth of a late, yet still green, English summer. The effect is almost Delian, certainly diaphanous and poetic rather than dramatic and kinetic. These are impressionistic pieces without great craggy climaxes. Harnham Down is headed with words by Matthew Arnold, whose poems from The Scholar Gypsy RVW later set in his deeply moving An Oxford Elegy. The countryside warmth of other classical works occurred to me here, including the Czech summer pictures of Fibich and Suk and the Swiss pastoral poetry of Othmar Schoeck. It’s intriguing that RVW achieved such transparency of invention and communication long before his months spent with Ravel gaining that famous ‘French polish’. It would be good to hear the suite as a sequence – though be prepared for a sustained introspective flow rather than tempestuous activity. Think in terms of a counterpart to Dvořák’s Slavonic Legends rather than his Slavonic Dances.

The Bax Variations (Improvisations) date from 1904 when the composer was 21 and a student. Martin Yates, who is a dab hand at revivals and realisations and a conductor of some eminence and adventurous tastes, was interviewed before the performance and sketched in the background. A friend had told him that he held this very rare score in Bax’s holograph. That was some eighteen months ago.  The music we heard emerged after the professional ministrations of Graham Parlett – a long-time Baxian to whom I owe much of my knowledge of recorded Bax – and Emma Syrus, a name new to me. I didn’t time the piece but it seemed about 35 minutes long and played continuously: 115 pages of full score manuscript. There is a theme, six variations and a finale. It’s an inventive and often riotous piece. Once or twice dense textures coagulated and clogged the arteries but not that often. There are more than a few pre-echoes: the Temp di Valsero (Var. 4) predicts the Straussian panache of the Overture to a Picaresque Comedy, The Truth About Russian Dancers and the Violin Concerto. The earlier variations may have had you reminiscing about the impressionism of Spring Fire. The 8½-minute finale, complete with thunderous organ – ‘alla’ Westminster Abbey splendour – recalls the stately music from the Coronation March 1953, Victory March, Rosc Catha and London Pageant.

This has been a good year for the Moeran concerto. Already we have had Tasmin Little’s singularly attractive recording on Chandos and we can hear her in that work again at the BBC Proms on 25 July 2014. I also heard and was deeply moved by Pauline Lowbury’s account of it with the adventurous Norfolk Symphony Orchestra in Kings Lynn on 17 May 2014 – more of which anon.