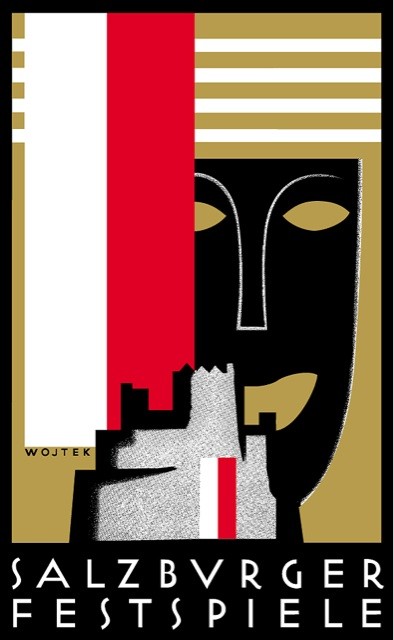 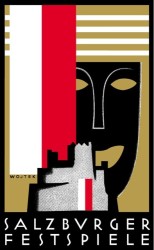 This proved an outstanding recital, at least as much for Daniil Trifonov’s searching, protean pianism as for Matthias Goerne’s singing. Such a partnership, something beyond what one might ‘ordinarily’ expect during the concert season, is just what a festival such as Salzburg should be about. Likewise the programming: excellent in itself, yet also offering connections to broader themes on offer in the festival.

Goerne is singing Wozzeck here – on which, more later in the week – so Berg’s op.2 songs could, if one wished, be understood as anticipatory. More importantly, they made for a fine opening to this programme, the Hebbel setting ‘Schlafen, Schlafen, nichts als Schlafen’ drowsy, somnolent in the best way, emerging and yet never quite emerging from that state of half-awakedness. The languor one heard and felt had something of Debussy and early Schoenberg to it, yet could never quite be reduced to them or indeed to any other influence; this was Berg. Above all, it was founded in the piano part, above which words could then do their work. In its Parsfalian leisure-cum-torpor, one almost felt it to be ‘lit from behind’. ‘Schlafend trägt man mich’ continued in a recognisable line, yet initially lighter, soon more involved and questioning. Trifonov showed himself keenly aware of the importance of specific pitches and their repetition; later Berg beckoned already. ‘Nun ich der Riesen Stärksten überwand’ and ‘Warm die Lüfte’ continued the developmental idea, (re)uniting, intensifying earlier tendencies – and again the importance of specific pitch, here in the bells tolling and nightingale singing in the piano part.

Dichterliebe benefited from the alchemy of no clear break: Schumann’s song-cycle emerged from Berg’s songs and retrospectively announced that that was where they had always been heading. From the very outset, the opening ‘Im wunderschönen Monat Mai’, the limpidity of Trifonov’s piano playing was to die for, the delicacy of Goerne’s song also spot on. Magically slow, this was something to savour, without a hint of narcissism. ‘Aus meinen Tränen sprießen’ developed not only, it seemed, from its predecessor, but from Berg’s songs too, not least in its nightingale song. Nothing here was formulaic, nothing taken as read: the voice took on the quality of something approaching an instrumental chamber music partner to the piano in ‘ich will meine Seele tauchen’, save of course for the words that both heightened and questioned that sense. The young Wotan seemed to appear on stage for ‘Im Rhein, im heiligen Strome’, his piano partner striking in dark, stark simplicity (however artful). The piano’s taunting cruelty in ‘Das ist ein Flöten und Geigen’ could match anything in Schubert: implacable, heartless, almost ‘objective’. It was, moreover, an unquestionably post-Schubertian agony here – distended, just a little, unerringly judged – that characterised the ensuing ‘Hör’ ich das Liedchen klingen’. ‘Am leuchten Sommermorgen’ brought that summer morning to refracted life courtesy of Trifonov, the piano part’s passing notes returning us to Berg, perhaps even going beyond him, whilst the piano chords in ‘Ich hab’ im Traum gewidmet’ spoke in almost Lisztian fashion, not unlike his Il penseroso. The strange tricks and consolations of dreams that followed (‘Allnächtlich im Traume’) seemed almost to prepare the way, following the weakened ebullience of ‘Aus alten Märchen’, for those two extraordinarily final postludes. They spoke at least as keenly as any words, even those of Heine.

Liszt, unsurprisingly, came more strongly and unquestionably to the fore in Wolf’s Drei Gedichte von Michelangelo. His harmonic language and its bitter self-destruction haunted ‘Wohl denk’ ich oft’. Quite rightly, words took the lead in ‘Alles endet, was entstehet’ and ‘Fühlt meine Seele’, seemingly inciting Wagnerian harmonies through what, in context, sounded most Schopenhauerian language. The two songs’ different character registered as strongly as what they held in common.

Trifonov’s quasi-verbal directness of utterance, especially in the bass register, struck me especially powerfully in the three Shostakovich Michelangelo songs that followed. It was as if the ability to ‘speak’ were being returned with interest. In ‘Dante’ in particular, Goerne brought to our attention Shostakovich the seer and the critic. That importance ascribed to particular pitches in Berg seemed to haunt the world of Shostakovich too, as if to remind us of what might have been. Once again, however incorrect this priority in the world of mere empiricism, the words of the following songs seemed to grow out of the piano’s wordless speech. ‘Night’ (Noč’) evinced an unfamiliar familiarity, musical and verbal. ‘Hush, my friend, why awaken me?’ Why indeed?

That illusory ‘timeliness’ – what could be more ‘timely’ – of Brahms in ‘archaic’ mode proved especially striking in the Vier ernste Gesänge. Trifonov’s understanding and communication of the piano parts was properly generative, even occasionally verging on a quasi-objective autonomy, an ontological frame within which the Biblical words might be intoned and considered. ‘Ich wandte mich und sahe an alle’ nevertheless spoke of subjectivity, of a late verbal Intermezzo that more than hinted at Webern. An earlier German Romanticism hung in the air, and yet clearly had passed: sad, perhaps, but Goerne’s Ecclesiastes Preacher would surely have understood. An almost Bachian embrace of death, albeit with a more Romantic sense of tragedy underlying it, characterised Goerne’s delivery in ‘O Tod, wie bitter bist du,’ flickering half-lights again very much from the world of the late piano pieces. ‘Wenn ich mit Menschen- und mit Engelszungen redete’ afforded a climax that was truly Pauline in its depth, complexity, and sheer difficulty. The best theologians will sometimes, as Brahms shows us, be agnostic, even atheist, albeit in a strenuous sense: more Nietzsche than, God help us, Richard Dawkins and his ilk. This was Brahms’s reckoning with how things were, just as much as that of the epistle writer. And so it was with the recital as a whole: a reckoning necessarily both final and not.